Minister for Finance Brian Lenihan has warned that December's Budget will be harsher than originally planned.

The Government is to publish a budgetary framework for the next four years at the start of November.

Mr Lenihan said he did not anticipate that hospitals or schools would have to close as part of the fiscal adjustments.

He said some of the Irish banks had deliberately concealed massive losses even before the emergence of the banking crisis.

The Minister said the State now had to downsize Anglo Irish Bank and Irish Nationwide to stop them becoming a systemic threat to the State itself.

The Central Bank announced this morning that the bill to bailout Anglo Irish Bank is expected to be €29.3bn, although under a worst case scenario, the figure could be €34bn.

The Central Bank said AIB and Irish Nationwide will also require more funding from the State.

Earlier, Taoiseach Brian Cowen said that the Government remains on target to reduce the Budget deficit to 3% by 2014.

Critics have called for that deadline to be extended, arguing that the measures required to meet the deadline would be too brutal and trigger a slump.

However, addressing the IBEC HR Conference, Mr Cowen warned that there were no soft options solutions for economic recovery.

He acknowledged that people were rightly angry about the cost of bailing out the banks and described those costs as an appalling reflection on the lending policies pursued by the banks.

The Taoiseach described the period between now and the end of the year as crucial for Ireland.

He echoed Finance Minister Brian Lenihan’s comments that a four-year budgetary plan is being prepared and will be published in early November, adding that this would build confidence at home and abroad in our fiscal policy and capacity to meet targets. 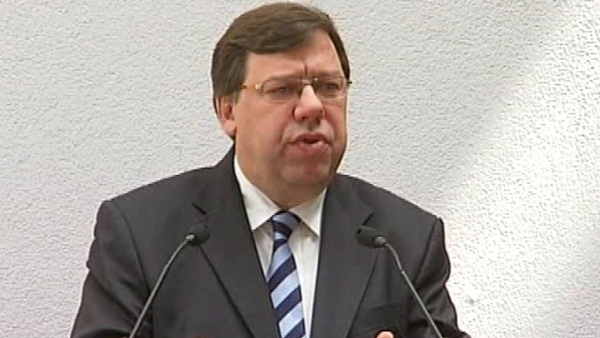