Taoiseach Brian Cowen has launched a five-year overseas investment plan aimed at generating up to 300,000 jobs.

The Government said this is the first integrated strategy that will promote overseas investment, foreign trade and tourism.

Tourism Ireland has welcomed the publication of the plan, saying the restoration of growth to tourism would be vital to generating new employment.

The plan entitled 'Trading and Investing in a Smart Economy' aims to boost exports by a third and attract an additional 780 foreign direct investment projects.

It will involve the establishment of a Foreign Trade Council, bringing together several Government Departments and State agencies to help implement it.

The trade council will develop new 'brand Ireland' initiatives, as well as making the most of St Patrick's Day and trade missions.

It is estimated the plan will create 15,000 jobs in the tourism sector and will help food development agencies expand the Irish share of the overseas market.

The Government said the strategy could create over 150,000 direct jobs in manufacturing, tourism and internationally trading services.

It said the plan could create another 150,000 jobs in spin-off positions, as well as increasing the number of overseas visitors to Ireland to 8m.

The Taoiseach said this morning that the plan will ensure a sharp focus on opening new markets to Irish firms.

Mr Cowen said: 'Jobs are the central priority of Government policy. International trade, tourism and investment are crucial to the creation and protection of jobs now and in the future.'

He added that the plan will 'reposition Ireland in the international marketplace and bring a new business focus to our diplomatic missions abroad'.

Mr Cowen also said the plan will build on the global talents and innovation of Irish people.

The plan has attracted criticism from the Opposition parties, who have already highlighted inconsistencies in existing job creation targets.

Mr Bruton said: 'The Government's 'fully integrated strategy' on jobs is nothing more than a set of rehashed, reheated old policies. There are no new policies, no new programmes, and no new budgets.'

Sinn Féin TD Arthur Morgan said: 'The new jobs initiative ... has enormous potential to create employment and to stimulate economic growth in this State if it is implemented properly.

'However, I have serious doubts about the Government's commitment to resourcing this plan and actually seeing it through.'

Elsewhere, the Minister for Social Protection has said the number of people out of work can be reduced in the coming months.

Éamon Ó Cuív was speaking after addressing a conference organised by the Irish National Organisation for the Unemployed.

The conference is discussing feedback from people who have been long-term unemployed.

He said the jobless figures would reduce to the level they were at in May, which he said is still unacceptably high.

The minister said there is no 'magic bullet' to resolve the unemployment issues the country is facing but he said a wide range of measures would help get people back to work. 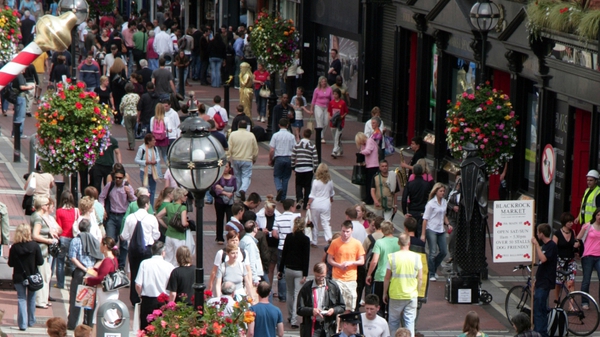