The first national opinion poll since the controversy over Taoiseach Brian Cowen's Morning Ireland interview shows that 71% of voters believe he has lost credibility as a result.

However, an even larger majority said they will not change their voting intentions.

The poll also shows a large swing in support to Labour, which emerges as the party with the largest support.

The Millward Brown Lansdowne poll for TV3 News shows that a majority, 56%, believe the controversy over last week’s interview with Mr Cowen does not matter and 88% say it will not change their voting intentions.

1,000 voters nationwide were questioned on Tuesday and Wednesday for the poll.

40% said Mr Cowen should continue as Taoiseach, while 52% said he should not.

‘Our position on bad polls is exactly the same as it is with good polls; they are interesting but have nothing to do with getting on with the business of taking the right choices for the country's future.’ 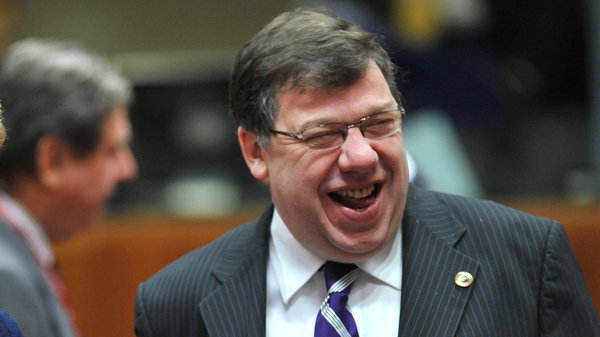