Iceland's former prime minister Geir Haarde and three ministers should be tried for negligence that led to the country's 2008 banking and financial meltdown, a parliamentary commission has said.

The ad hoc Special Investigation Commission blamed extreme negligence of the former conservative government for the fall of three Icelandic banks in October 2008 that led to the country's unprecedented financial crisis.

Its findings confirmed the preliminary findings of its ‘Truth Report’ released in April.

The commission was set up by lawmakers at the end of 2008, shortly after Iceland's three major banks went bust, dragging down its once-booming financial sector and sending the Icelandic krona plunging.

The commission's report said the former ministers ‘showed themselves to be negligent’ and said they should be ‘tried and punished by the Landsdomur’ court.

The recommendation to try the former ministers was supported by a narrow majority of five out of the nine lawmakers sitting on the commission.

The Icelandic parliament is to meet on Monday to debate the report and decide whether to appoint a prosecutor and judges for the Landsdomur for the first time since the special court for trying government officials was set up in 1905.

‘This is a serious accusation against our political system, our politicians, the parliament, stock market ... it is a problem we must confront,’ said Social Democrat Prime Minister Johanna Sigurdardottir.

'It was unfortunate the commission wasn't able to reach a unanimous decision, which would have given its recommendations more force', she added. 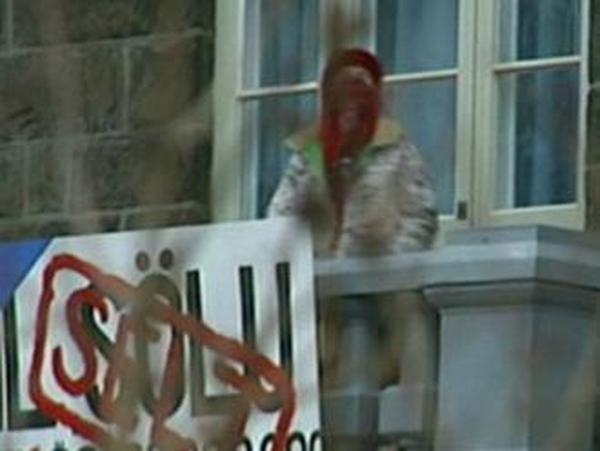