The European Commission has approved an extension to the Government's bank guarantee scheme until the end of the year.

The scheme, which guarantees the banks' corporate deposits, interbank loans, and short and long term debts, was due to expire at the end of this month.

Speaking in Brussels, Finance Minister Brian Lenihan said all deposits in Irish banks will continue to be guaranteed, regardless of the amount.

The Minister said Irish banking system was safe and the move was part of a gradual phasing out of the guarantee.

The difference between Ireland's cost of borrowing and that of Germany rose to a new high on bond markets today.

The yield - or interest rate demanded by investors - on ten-year Irish bonds went above 6.1% at one point this morning. This was almost 3.85% above the equivalent German rate.

Taoiseach Brian Cowen described the increase in the cost of Ireland's borrowing as part of the 'ebbs and flows' which have been a feature of the markets in recent months.

Watch a video of the Taoiseach

Renewed concerns about the amount of debt governments have taken on and a Wall Street Journal article casting doubt on the accuracy of last month's European bank stress tests have led investors to flee bonds issued by Greece, Portugal and Ireland.

The focus on the cost of Anglo Irish Bank is also weighing particularly heavily on Irish Government bonds.

The National Treasury Management Agency is going ahead with a sale of more short-term Irish debt on Thursday.

Asked about last night's Freefall programme on RTÉ, Mr Cowen said the Government had not been given a presentation on the night of the Bank Guarantee suggesting that the liabilities of Anglo Irish Bank exceeded its assets.

He said the decision to introduce the Guarantee had been designed to convince markets that the Government was standing behind the banking system. 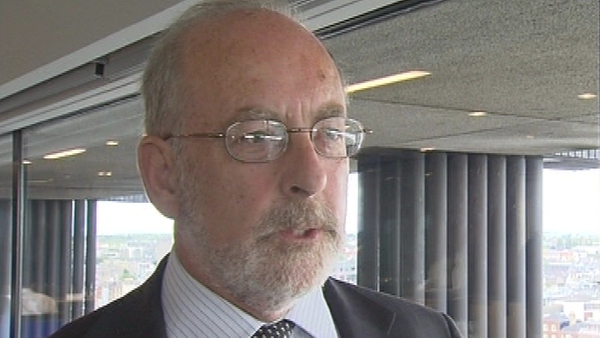