The Basque regional government has said the declaration by ETA that it is to halt armed attacks was not enough and urged the group to renounce violence once and for all.

In a video message issued this afternoon, ETA said that it made the decision 'not to carry out armed actions' several months ago and 'to put in motion a democratic process.'

'ETA confirms its commitment to finding a democratic solution to the conflict,' the group said.

It added: 'In its commitment to a democratic process to decide freely and democratically our future, through dialogue and negotiations, ETA is prepared today as yesterday to agree to the minimum democratic conditions necessary to put in motion a democratic process, if the Spanish government is willing.'

The government has said it will not talk to ETA's political supporters until they renounce violence for good. ETA has broken two truces in the past.

‘Spanish society, a democracy like ours, demands from the terrorist group something very clear: put down your arms for good and disband,’ Leire Pajin, secretary of the ruling Socialist party, said in a radio interview.

The government walked away from peace talks after ETA blew up a Madrid airport building in December 2006, killing two Ecuadoreans asleep in their cars and ending the group's first ‘permanent ceasefire’, which lasted just nine months.

Earlier, the interior minister of the regional Basque government, Rodolfo Ares, said the announcement was insufficient and ambiguous because it failed to promise the definitive end of violence.

The news came after ETA was urged on Friday to declare a truce by its political wing Batasuna plus its ally, the Eusko Alkartasuna party.

ETA has been responsible for around 850 deaths in a four-decade fight to create an independent Basque state in northern Spain and southern France.

However, the organisation has been weakened by the arrest of leading members in recent years.

The group's leader Ibon Gogeascoechea was caught in February in northern France along with two senior ETA members.

Sinn Féin President Gerry Adams has welcomed the announcement of a ceasefire by ETA and it decision to pursue independence by democratic means.

Mr Adams, whose party has close links with ETA's political wing, said he was aware of discussions within the ETA organisation in recent months.

He said: 'This is a significant statement and has the potential to bring about a permanent end to the long-running conflict in the Basque country.

'It is now vital that the Spanish government respond positively and grasp the opportunity to advance a peace process presented by today's announcement and quickly establish inclusive political negotiations.' 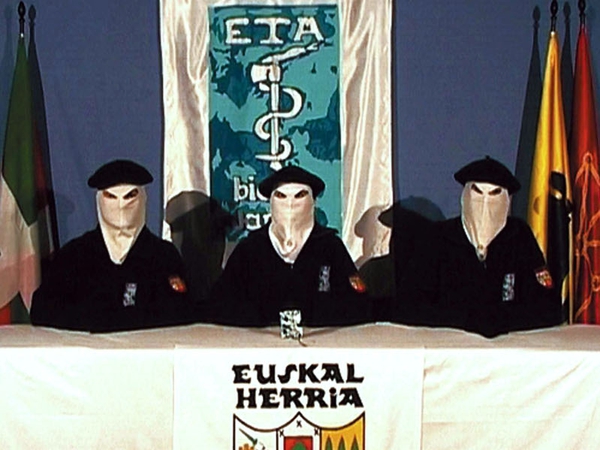