The European Commission has halted a proposal to allow Israel access to potentially sensitive data on European Union citizens following concerns expressed by the Irish Government.

The concerns arose following the use of forged Irish passports in the murder of a Hamas operative, allegedly by Israeli agents.

In a surprise move this morning, the Commission said they would withdraw the application to effectively recognise Israel's data protection standards as being on a par with those enjoyed in the EU.

According to a spokesman for the Department of Justice, the European Commission acknowledged the concerns expressed by an Irish official about the reliability of the Israeli data protection regime.

It is understood of particular concern to the Government is the fact that the manual examination of passports at Israeli border controls are not covered by Israeli's data protection rules.

While electronic data is covered by Israel's data protection regime, it appears that data gathered manually is not.

An official from the Department of Justice is in Brussels today and was due to vote against the procedure recognising Israel's data protection system.

It was presumed by officials that it would be a largely symbolic gesture because a majority of countries appeared to support the measure going ahead.

However, the European Commission decided to withdraw the procedure for now, although it may well proceed later down the line if the concerns expressed by Ireland are addressed.

Minister for Foreign Affairs Micheál Martin has welcomed the decision, saying he thinks the Commission recognises the need to make sure any decision on this matter is consistent with EU standards.

Mr Martin said the Irish Government had raised concerns in the context of the fraudulent misuse of information on Irish passport holders for an extra judicial killing in Dubai and had articulated its anger about that on a number of occasions.

The objection, he said, was a further manifestation of this anger and protest at what had transpired in relation to, what was in essence, the stealing of data from legitimate Irish passports.

Mr Martin added, however, that he has made it consistently clear that Ireland wants good relations with Israel.

But over the past 18-24 months, he said, a series of events had happened which had put a strain on that. 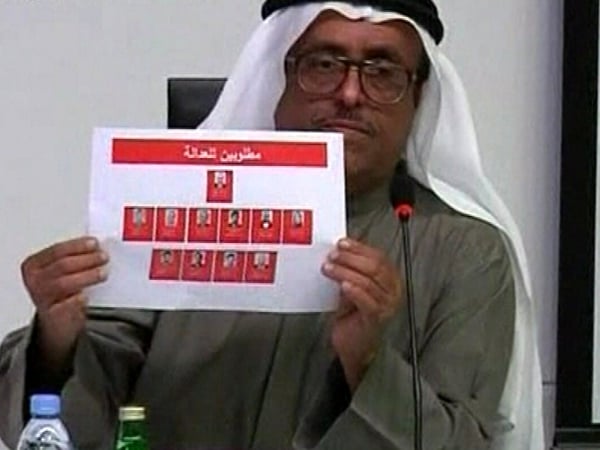