The United Nations has said that a further 1m people have been displaced in the Pakistani province of Sindh over the last 48 hours, as devastating floods continue to spread across the south of the country.

The UN earlier said that about 6m had been forced out of their houses by the floods that began nearly a month ago.

The death toll from the floods has reached 1,600.

Pakistan's disaster agency said it expects this number to rise as waters recede and the number of missing are counted.

Of the 1,600 confirmed dead, 1,086 people died in the northwestern Khyber Pakhtunkhwa province, 183 in northern Gilgit-Baltistan district, 109 in southern Sindh, 103 in central Punjab, 71 in Pakistan-administered Kashmir and 48 in southwestern Baluchistan.

Flooding has also engulfed 20% of the land, including huge areas of rich farming pastures on which Pakistan's struggling economy depends.

Maurizio Giuliano, spokesman for the UN Office for the Coordination of Humanitarian Affairs, said the number who died as a direct result of the floods was relatively limited because most people were evacuated or managed to escape.

'But that does not mean that the death toll over the longer-term would not be a concern because many more people risk dying in a second-wave of death,' he told AFP, referring to the threat posed by water-borne diseases.

'The most vulnerable are certainly already dying because of the floods and we don't have estimates on that.

'I think it will take some time before we have consolidated figures on mortality.' 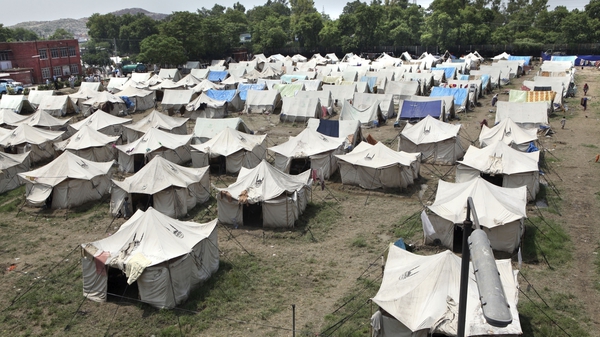