There has been mixed international reaction to the news that Iran has begun to fuel its first nuclear power station in Bushehr.

In a statement, Israeli Foreign Ministry spokesman Yossi Levy said: ‘It is totally unacceptable that a country that so blatantly violates resolutions of the (United Nations) Security Council, decisions of the International Atomic Energy Agency and its commitments under the NPT (non-proliferation treaty) should enjoy the fruits of using nuclear energy.

‘The international community should increase pressure on to force Iran to abide by international decisions and cease its enrichment activities and its construction of reactors,’ Mr Levy said.

However, the US government said that it sees no risk that the uranium will be transferred to a nuclear weapon programme.

The Russian involvement in the reactor, intended for civilian purposes, ‘underscores that Iran does not need an indigenous enrichment capability if its intentions are purely peaceful,’ said US State Department spokesman Darby Holladay.

‘We recognise that the Bushehr reactor is designed to provide civilian nuclear power and do not view it as a proliferation risk,’ he said.

A White House official stressed, however, that US views on the Bushehr reactor ‘should not be confused with the world's fundamental concerns with Iran's overall nuclear intentions, particularly its pursuit of uranium enrichment.’ 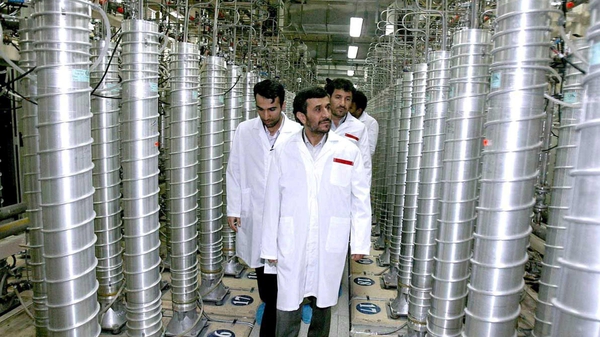