Aer Lingus cabin crew have voted overwhelmingly to take industrial action in a row over implementation of cost reduction measures.

However, their union, IMPACT, has sought to reassure airline passengers that they do not intend to take strike action or cause disruption to customers.

The union said the action would have no impact on flight schedules in and out of Ireland unless management escalates the dispute by taking disciplinary action against one or more cabin crew members for working within their existing contracts.

The notice of industrial action would take effect from 25 August.

The company says that the new rosters are part of the cost reduction package, known as Greenfield, which cabin crew accepted by a margin of 93%.

However, the union says that the new rosters go beyond what was agreed to in the Greenfield proposals.

Earlier this year, Aer Lingus threatened to make all cabin crew redundant after they rejected Greenfield the first time round.

It remains to be seen whether management will revive that threat when faced with possible industrial disruption.

An arbitration process chaired by Labour Relations Commission Chief Executive Kieran Mulvey has not yet concluded.

It is understood that that process is still available and that the Mr Mulvey hopes to meet the parties separately next week.

Aer Lingus has said that 'while we are at a loss to understand why another ballot was necessary, we welcome the decision by IMPACT Cabin Crew to work to their contracts and in particular the public confirmation earlier today by Impact that all cabin crew will work to the agreed 850 flight hours per year.'

In a statement, the airline added: 'These elements have always been an intrinsic part of the overall Greenfield cost saving plan and we welcome this clarification.

'We continue to be party to the arbitration process however we will continue to gradually phase in the agreed productivity levels so that we can realign the cost base of the Company and position Aer Lingus for a successful future for the benefit of our staff, our shareholders and the travelling public.' 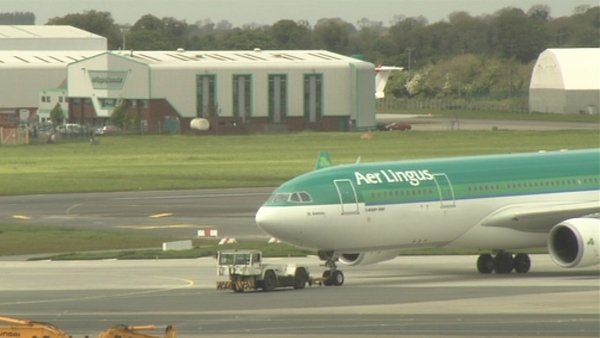 Aer Lingus to base Dublin operation in T2 News