Speaking at the Tullamore Show, Mr Cowen said that he has no power to remove Mr Callely from the Seanad even though he is a nominee of former Taoiseach Bertie Ahern.

Fine Gael has described the statement issued by Mr Callely as 'not credible'.

In the statement, Mr Callely said he submitted expenses from four receipts between 2002 and 2006.

He said they were submitted in 'good faith' and he did not know how they were issued by a company that had ceased trading.

Mr Flanagan added: 'Ivor Callely's statement on the latest controversy surrounding his expenses amounts to little more than a cock and bull story.

'The only thing made clear by his statement is his determination to brazen out the controversy surrounding him regardless of his increasingly ludicrous position and the damage he continues to do to his party and to public life.'

Senator Regan said: 'Senator Callely's statement is a buying time exercise which ludicrously passes the buck to an unknown third party for his false expenses claim.

'Senator Callely has been found out again and has been forced to acknowledge that the expenses claims he submitted were false.

'His statement is simply not credible and offers no explanation for this latest abuse of the expenses regime.

'It confirms the view that the matter of Senator Callely's expenses should be investigated by the appropriate authorities, that is the Garda Siochana and the DPP.'

Speaking on RTÉ's This Week, Senator Boyle said the statement did not address the legitimacy of the receipts used from a company that had ceased trading.

He also said he still held the view that Mr Callely should resign from the Seanad.

The Seanad Committee on Members' Interests had planned to meet to consider the allegations later this month.

However, the meeting has been brought forward and will take place in private at 2pm.

Senator Callely was suspended from Fianna Fáil earlier this week, pending an internal inquiry into the allegations. 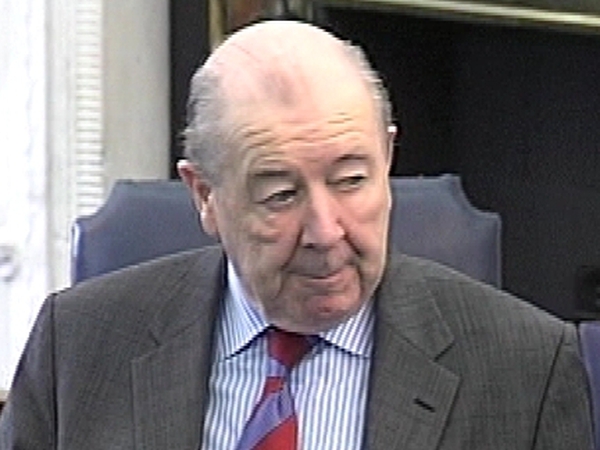