Up to 65,000 people have attended a free airshow in Bray, Co Wicklow.

The first plane to wow the crowd was a US Airforce B 52.

A number of Irish Air Corps helicopters and planes featured in the show and there was a parachute jump by the Irish Army parachute team.

Warm weather and balmy sunshine along the Bray seafront meant conditions were good for the show, the fifth to be organised in Bray and the largest airshow now in Ireland. 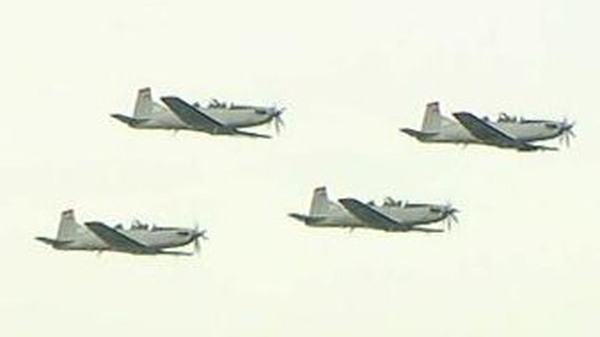