A Government commissioned report has recommended the introduction of tolls on national roads, an increase in the price of driving licences and a significant reduction in senior management in local authorities.

The Independent Local Government Efficiency Review Group has made a series of cost-saving and revenue-raising proposals, which would save more than €500m.

The report published this morning by Minister for the Environment, Heritage and Local Government John Gormley would see the number of county managers cut from 34 to 24.

Ten new administrative areas would serve 20 city and county council areas and it is proposed that senior and middle management levels be cut by up to 20%.

However, the Local Authority Members Association has said such proposals could have a negative impact on service delivery.

The association said careful consideration will need to be given to any such move and they have questioned the feasibility of many of the report's recommendations.

City and county managers have said the local government system is a fundamental cornerstone of democracy and not just a branch of the public service.

It also suggests the introduction of new tolling schemes on national roads.

Drivers would see the cost of a ten-year driving licence increase from €25 to €40.

Planning fees would go up and the Motor Tax 'off the road' facility removed.

It recommends a levy for motor tax payments not made online, but this will require legislative reform.

The Irish Road Hauliers Association has described the suggestion that national roads should be tolled 'as absolutely crazy and not acceptable.'

Spokesperson for the IRHA Vincent Caulfield said that 'hauliers already pay one of the highest levels of fuel duty in Europe, as well as high road taxes.'

Mr Caulfield said it would place a further burden on an industry already under pressure.

Eamon Timmins of Age Action Ireland said: 'Some 80% of over-65s in Ireland are not computer literate and so they would be one of the largest groups who would be penalised if this recommendation were to be implemented.'

Local newspaper public notices routinely published by county and city councils need to be reviewed, as the group said it is 'doubtful people pay much attention' to them.

It recommends publishing shorter ads with links to website addresses as a means of reducing advertising spending.

Mr Gormley has praised the work of the group and said he would now appoint a group to implement relevant recommendations in the report. 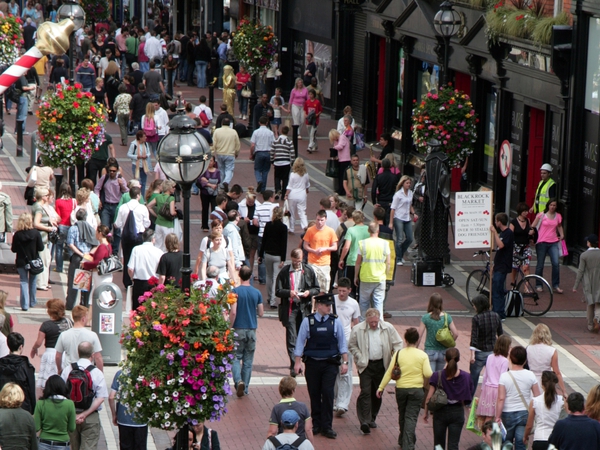