There has been a confirmed sighting of a humpback whale in waters off Howth Head in Co Dublin.

The animal, believed to be an adult, was photographed this afternoon within metres of the Cardinal marker, between Howth Harbour and Ireland's Eye.

The Irish Whale and Dolphin Group says it is the first sighting of a humpback in the eastern Irish Sea for 20 years and one of only a handful of validated recordings in Irish waters in the past century.

The IWDG urged boats to keep a 100m distance from the whale and keep speeds to less than 7 knots.

They should not cross the animal's path, and should maintain a parallel course with the whale if travelling with it. 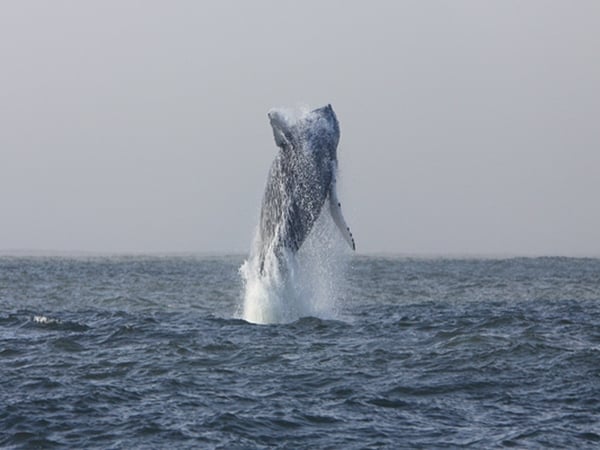