The Irish Naval Service vessel, the LE Niamh, returns to base at Haulbowline in Cork Harbour tomorrow following a ten-week mission to Latin America.

The Minister for Defence Tony Killeen, the Defence Forces Chief of Staff, Lieutenant General Seán McCann, and the Flag Officer Commanding the Naval Service, Commodore Frank Lynch, will be in Haulbowline to welcome the ship home.

Minister Killeen said the trade and diplomatic mission to Latin America, which was undertaken by the LE Niamh, was a significant initiative from Ireland's perspective and is an example of continued effective inter-departmental cooperation, particularly in the area of trade.

The LE Niamh departed on her 18,000 nautical mile diplomatic and trade mission on 3 May.

Latin American countries celebrate the 200th anniversary of their independence this year.

Many Irishmen and women were associated with the achievement of independence, including Admiral William Brown (the 'father of the Argentine Navy) who came from Foxford, Co Mayo.

During the voyage, the LE Niamh visited Brazil, Argentina, Chile, Mexico and the US.

In addition to participating fully in bicentenary celebrations, the ship hosted a number of activities in conjunction with the Department of Foreign Affairs and Enterprise Ireland, designed to strengthen links with the region, and to encourage trade and marketing opportunities.

In excess of 12,000 people visited the ship, including ambassadors, politicians, business leaders and senior army and naval officers.

Although the LE Eithne visited the region in 2006, this voyage to Latin America marked several firsts for the Irish Naval Service.

The LE Niamh travelled further south and west than any other Irish naval ship.

She was the first Irish naval vessel to transit the Straits of Magellan near Cape Horn and the first to sail in the Pacific Ocean.

She was also the first Irish naval ship to visit Chile and Mexico and was the first to transit the Panama Canal. 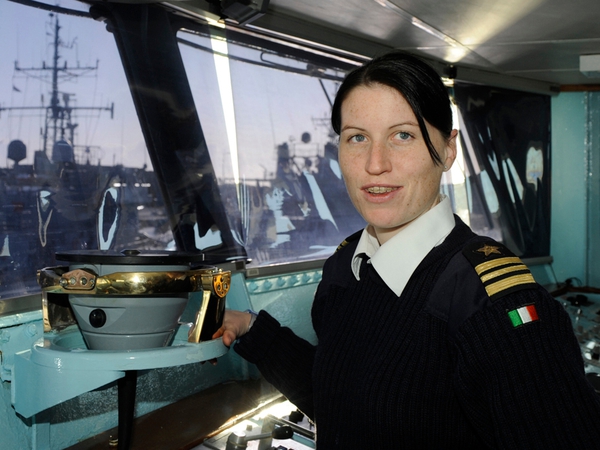