The Seanad has agreed without a vote to suspend Senator Callely for 20 days without pay.

The suspension was recommended by the Seanad Members' Interests Committee that investigated some of Senator's travel-related expenses.

It found that he had misrepresented his normal place of residence for the purpose of claiming allowances.

Senator Callely has said he strenuously denies the finding of the report, and he said he is exploring his next options.

He said he dealt with the Committee in an open and honest way, and he said they do not seem to have given any credit to the evidence he provided.

When asked if he would be returning the €81,000 in expenses he claimed, Senator Callely refused to answer.

Senator Callely has twice been questioned by the Committee about travel and subsistence claims from a home in Kilcrohane, Co Cork, while he maintained a base in Dublin.

Yesterday's Committee hearing was marked by sharp exchanges between Senator Callely and his colleagues.

Senator Callely refused to be drawn on his suggestions that his personal circumstances were changing at the relevant time, insisting that his private life should remain private.

Perhaps the biggest surprise came when Senator Callely admitted he did not own the west Cork house at the centre of the affair but merely had 'a right of residence'.

The Committee did not pursue this disclosure.

Senator Callely insisted he broke no rules, but Independent Senator Joe O'Toole warned that he was not facing the rules of evidence in a court of law and that the Committee only had to base its findings on reasonable grounds.

The house in Kilcrohane, Co Cork, at the centre of the controversy around Senator Callelly's expenses was transferred from joint ownership to sole ownership of his wife, Jennifer, in April of this year.

Documents from the Land Registry reveal that the transfer was registered on 12 April 2010.

Mr Callely surprised the Seanad Members Interests Committee yesterday when he said that even though he claimed the Cork house as his principal residence, he did not own it.

He added that he had a legal right to live there.

Other documents show that the family home on St Lawence Road in the Dublin suburb of Clontarf remains in the couple's joint ownership. 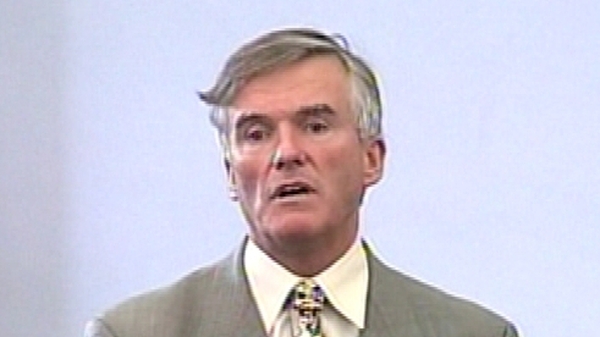