Minister for Communications, Energy and Natural Resources Eamon Ryan has said export-led businesses will be targeted in a plan that will see banks lending €12bn to Irish businesses in 2011 and 2012.

The plan involves the Government setting lending targets for the banks, believed to be €3bn a year for AIB and Bank of Ireland.

Minister Ryan said: 'We make money in this country by selling food, tourism, energy, hi-tech services and manufacturing to the rest of the world and we are good at it.

'It's those areas that have an export element that are the ones that will do best and that's the business we want to target.

'They're the ones we want to give support to because that will be the profitable part for the banks.'

Minister for Finance Brian Lenihan will reveal details of the plan during the week, but Minister Ryan said it will be done in a way that will not threaten the viability of the banks in the future.

He said the banks will make the lending decision on the basis of which businesses are going to be profitable.

It was now payback time for 'arrogant banks, protecting their own self-interest', he said.

Minister Ryan said indigenous businesses will survive on the services they provide to the rest of the economy.

He said that the country will have to trade its way out of difficulty and that is where growth needs to happen.

Plan is 'timely and needed'

Speaking later on RTÉ’s This Week, Minister Ryan described the plan as 'timely and needed'.

He said the figures in the scheme were 'proper and sound' and 'based on the capital assets' of the individual banks.

He said the scheme would lead to a change of culture in the banking sector.

Mr Ryan also claimed that some banks had not shown the 'right attitude' in their dealings with the National Asset Management Agency.

He said the banks needed to promote a culture of lending, based on enterprise, rather than property.

Minister Ryan also said the banks had to start showing flexibility towards individuals who were having difficulty managing their debts, especially homeowners who were experiencing negative equity.

Mr Bruton said: 'If the Government is really getting around to freeing up credit for small businesses, then I would welcome any such move.

'It's about time that Fianna Fáil and the Greens did something to support cash-starved companies.

'Clearly in all these announcements of bank commitments, the devil is in the detail.

'It's no coincidence that this Government announcement comes after the Dáil has gone into recess, which means any deal between the Government and the banks cannot be examined in any detail.' 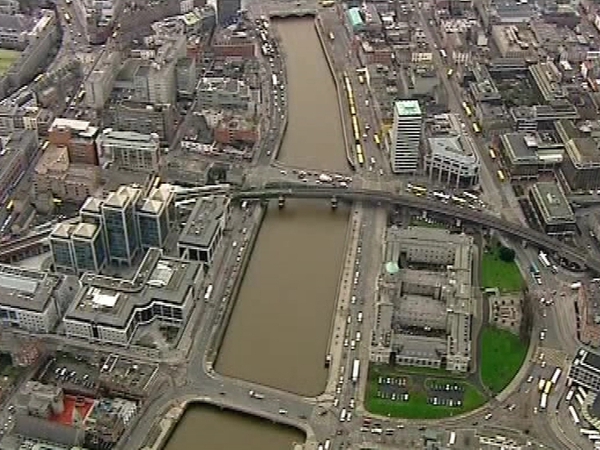 Rate of business closures slowing down