Three Fianna Fáil Senators have each relinquished the party whip in a row over the Government's Civil Partnership Bill.

John Hanafin, Labhrás Ó Murchú and Jim Walsh wrote to the chief whip in the Seanad this morning to inform him of their intention.

Last night, the three issued a statement criticising the Bill.

They said the legislation as currently drafted is flawed in a number of ways and weakens the special status of the family and marriage.

The legislation passed all stages in the Dáil last week.

Its passage into law is not in doubt as it has the support of the Opposition parties.

The Bill was debated in the Seanad today.

It is understood there was no vote on the second stage of the Civil Partnership Bill because the broad thrust of the legislation was backed by the entire Seanad, including the three Fianna Fáil members who earlier relinquished the party whip.

It is thought likely they will oppose the measure once amendments some of them have tabled are rejected.

The Seanad is set to sit beyond midnight tonight to consider the measure.

The move by the three means that there are now six Fianna Fáil Senators without the party whip.

The Ombudsman for Children has warned that the Civil Partnership Bill may breach the European Convention on Human Rights.

Emily Logan said the UN Committee on the Rights of the Child might also regard the Bill as an unjustifiable interference with a child's right not to be discriminated against in the enjoyment of the rights set out in the Convention.

Ms Logan made the comments in an advisory document on the Bill, which was circulated to members of the Oireachtas yesterday.

The Bill has been passed by the Dáil and is currently before the Seanad, where it is expected to go to a final vote later today or tomorrow.

Ms Logan said that while children were considered during drafting of the Bill, the approach adopted was not one that placed the rights of children who will be affected to the forefront.

It is unclear, the Ombudsman said, why the Bill does not prioritise the rights and interests of children with same sex parents.

These rights will stay the same, she claimed, even though the rights of their parents will be enhanced.

The omission of robust protections for the children of civil partners will have real consequences for the young people concerned, she added.

Ms Logan said the failure to adequately provide for children in the Bill is concerning, particularly as no argument has been advanced by the Government to support its approach to children in it.

She said it is clear that despite the fact, aspects of the Bill are derived from other legislation, references to the needs of dependent children were removed from that other legislation deliberately when it was amended and applied for use in the Civil Partnership Bill.

Ms Logan also pointed out that there is no provision in the Bill for succession rights for a child whose adoptive or biological parent has a civil partner.

She recommended that provision should be made in law for special guardianship orders, where guardianship rights could be given to non-biological parents in appropriate circumstances.

This could either be done through the Civil Partnership Bill or in other appropriate legislation, she said. 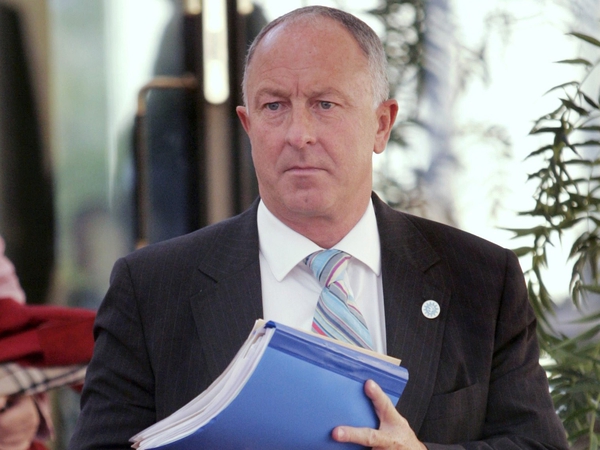