Minister for Finance Brian Lenihan has said although 'it's too early for the hallelujah chorus', the Department of Finance has revised its Budget day forecast for GDP growth this year from -1.3% to positive growth of 1%.

The Minister said 'our plan is working' and 'we must stick to it.'

Minister Lenihan was speaking in the Dáil defending the Government's handling of the economy saying that decisive action and determination has brought the country out of recession.

He was responding to a Fine Gael motion, which described the Government management of the economy as reckless. The motion also said that the Government plan for economic recovery is failing and that jobs growth must be at its centre.

Minister Lenihan said that GNP is still expected to contract by 0.75% but that is an improvement of almost 1% on Budget day forecasts.

The Minister criticised Labour and Fine Gael's policies and said the Fine Gael proposal for a National Recovery Bank seems to have gone by the wayside.

He said there is no rigour, no serious intent in the economic policies of the Opposition.

Minister Lenihan said that if this recession has taught us anything, it is that we must be honest with our citizens.

Minister Lenihan said we must 'tell it as it is' and not as we think the people would like to hear it.

It comes as the Paris-based Organisation of Economic Co-Operation and Development has said that Ireland's economy is stabilising.

However, the OECD also believes the Irish labour market will take time to heal after one of the worst recessions in the developed world.

It has also warned that high unemployment will remain if long-term job seekers are discouraged from getting jobs.

And unlike other European countries, that was almost entirely due to job losses rather than shorter working hours.

The think-tank says this is due to the relatively low cost of hiring and firing in Ireland and the large concentration of jobs in construction.

It says Ireland's recovery will not be vigorous enough to re-employ the 174,000 people who have lost their jobs.

However as wages fall, there is praise for the reduction in social welfare payments that the OECD says will make it attractive to work.

There was praise too for initiatives to retrain jobseekers, particularly considering so many unemployed construction workers are unlikely to find building jobs again.

Fastest growth in the EU

Meanwhile, other data suggests Ireland has the fastest growing economy in the EU.

New figures from Eurostat, the EU Statistics Agency, show that Ireland's growth rate in the first three months of this year, at 2.7%, was the highest of the 27 countries in the EU.

Sweden was the second highest with a first quarter growth rate of 1.4%, with Portugal in third place with 1.1% growth.

The average growth for the EU and the eurozone in the first quarter was 0.2%. This compares with growth of 0.7% in the US and 1.2% in Japan. 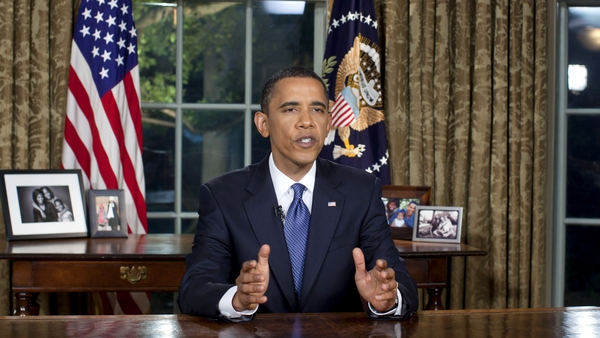