Figures from the Central Statistics Office show that the Irish economy technically emerged from recession in the first three months of this year.

However, another indicator closely watched by economists showed that the economy weakened again.

The CSO said economic output, as measured by Gross Domestic Product, was 2.7% higher than in the previous quarter.

This was the first quarterly growth in GDP since the last quarter of 2007.

But this figure was boosted by a strong increase in profits at multinational companies based here.

Gross National Product, which excludes multinational profits and is seen by many economists as a more accurate barometer of the Irish economy, fell again, by 0.5%, in Q1.

Consumer spending in the first quarter was down 0.8% from a year earlier, though this drop was the smallest for two years.

Industrial production showed growth of 7.7% compared with a year earlier, despite a 35% fall in construction output.

But capital investment remained weak, dropping by 30% from a year earlier.

Trade contributed €2.6bn more to growth than in the same period last year. 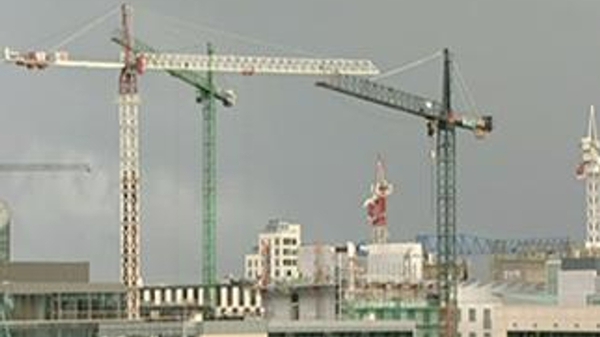