Minister for the Environment John Gormley has said there is no question of the Green Party bullying Fianna Fáil over the Bill to ban stag hunting, which was passed in the Dáil last night.

Responding to the accusation of bullying by Fianna Fáil TD Mattie McGrath, Mr Gormley said the Bill was a part of the Renewed Programme for Government.

He said it was a relatively minor piece of legislation, which should not have taken up so much Dáil time.

Mr Gormley said the Rural Ireland Says Enough! campaign, which opposed the legislation, was a well-funded group of powerful individuals - including the Bailey brothers and other developers.

The Minister said that the only way the group could deflect attention from stag hunting was by widening the debate and 'frightening the living daylights' out of people in rural Ireland and by bullying Fianna Fáil backbench TDs.

Referring to the upcoming Bill on dog breeding, Mr Gormley said he was willing to sit down and talk to people.

He said he would ensure no damage at all was done to the greyhound industry or to any industry.

He said the economy was the Government's priority and he did not believe lasting damage had been done to the coalition partners over the stag hunting Bill.

A spokesman for the Minister Gormley said the proposed amendments to the Dog Breeding Bill represented ‘a reasonable and practical solution’ to deal with some of the issues that have arisen.

The regulation of greyhounds will now be dealt with separately by amending existing legislation.

He also confirmed the changes envisaged will also mean there will only be one inspection regime.

The Government is also to amend the scale of fees proposed to address concerns about the potential impact on breeders.

It is expected the amendments to the existing greyhound legislation will be made in the autumn and that these changes and the Dog Breeding Bill will become operational in tandem.

The spokesman pointed out that it was always intended the Dog Breeding Bill would have a lead-in period and would commence by Ministerial Order.

Independent TD Michael Lowry has claimed he has secured substantial amendments to the dog breeding Bill, which has been criticised by some Fianna Fáil backbenchers.

Mr Lowry, who voted against the Wildlife (Amendment) Bill yesterday, said he had addressed what he called anomalies and defects in the dog breeding Bill in a meeting with Government Chief Whip John Curran today, and said he received categorical assurances that substantial amendments are to be made.

On Monday Mr Lowry set out the areas where the Bill had to be changed to secure his support.

They centred on removing hunting dogs and greyhounds from its provisions.

A Fianna Fáil TD and a Labour TD had their party whips removed after a Dáil vote, yesterday evening, on the Bill that banned stag hunting.

The result was 75 votes to 72 but the Opposition called for a walk-through vote, which resulted in a 75 to 71 win for the Government.

Fianna Fáil backbench TD Mattie McGrath voted with the Opposition in an electronic vote and abstained from the walk through vote.

Deputy McGrath said he is disappointed with Mr Cowen's leadership, saying he had not been leading in the way he had been expected to.

He said he felt there was no democracy in the Government at the moment and that TDs were not being listened to.

He also said he felt the Green Party was bullying Fianna Fáil into passing legislation quickly.

However, today Mr McGrath voted with the Government in the first Dáil division since he lost the party whip.

The Government won the vote on the Order of Business by 72 to 67.

It is expected that his colleague, Deputy O'Sullivan will retain the party whip, despite missing the first vote on the Bill yesterday.

He met Government Chief Whip John Curran this morning, and it is expected they will meet again next week.

Meanwhile, the Labour Party removed the party whip from Deputy Tommy Broughan for being absent from the vote on the Bill.

The Dublin North East TD said he was a long-standing opponent of stag hunting and was disappointed by his own party's stance.

John Gormley praised Deputy Broughan for not being present to oppose his Bill.

The Wildlife (Amendment) Bill is due to be debated in the Seanad at 7.15pm this evening.

It is thought that its approval through the Upper House will be relatively comfortable as a number of Independent Senators are thought to support the measures.

Earlier, Fine Gael Senator Fidelma Healy-Eames said that if the Green Party continues to 'run riot over rural pursuits' it will not just be politicians who lose the whip, jockeys will as well.

The Bill will be back before the Seanad tomorrow. 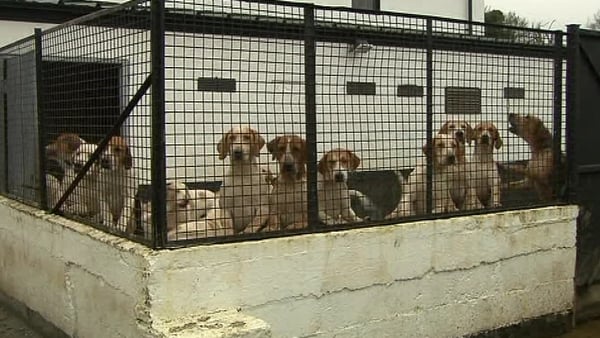