Fianna Fáil Senator Ivor Callely has insisted that he broke no regulations in claiming from his west Cork home for travel expenses, despite having a base in Dublin.

Senator Callely told a committee investigating his Oireachtas expense claims that he was using a holiday home in west Cork as his principal residence after losing his Dáil seat.

The Seanad Committee on Members' Interests this morning began a public hearing into the Dublin-based Senator's claiming of up to €80,000 in travel and subsistence expenses from his holiday home.

Mr Callely said he had been 'open and honest' about his expenses and said the expenses system contained a number of anomalies.

The committee heard he paid the second home property tax on his house in Clontarf.

He said that in May 2009 he had asked the authorities to change his normal residence for expenses purposes, but had been told that could not be done until 2010.

The Senator explained that he makes himself visible and does not hide himself when in Dublin, but he said that he is also seen walking his dog in west Cork.

A public hearing like this is almost unprecedented and the decision to have an open session reflects the pressure on Mr Callely.

He previously told journalists he was based in Cork at a time when he was traumatised by the loss of his Dáil seat.

Mr Callely resigned the Fianna Fáil whip and agreed to submit himself to the committee.

The maximum penalty Mr Callely might face should things go against him is a month's suspension from the Seanad.

Senators Joe O'Toole, Alex White and Denis O'Donovan of Fianna Fáil led the questioning of Mr Callely, who maintained if he had over-claimed his expenses it had been totally unintentional and if that was shown he would reimburse any money.

The meeting has been adjourned until next week. 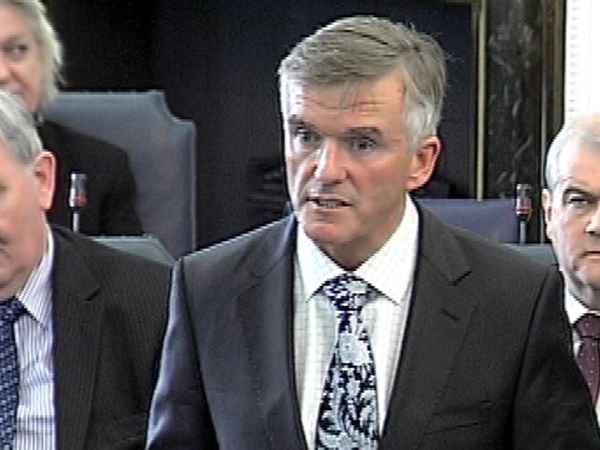