The Minister for Transport Noel Dempsey has defended measures in the Road Traffic Bill which would reduce the drink driving limit, saying they would save lives and reduce injuries on the roads.

Mr Dempsey said he did not think it would result in one pub closure, but it would reduce deaths and injury, as has been the experience in other countries where such measures have been implemented.

He added that rural groups like Rural Link have made it clear that they do not think the solution to rural isolation is to allow drink driving.

He said the Bill had gone through the parliamentary party of Fianna Fáil and other parties and the principle of saving lives by taking these measures was accepted by all parties.

He recognised that some people are unhappy with elements of the Bill but said there was all party agreement and that is why there was no need for a vote on it in the Dáil last night.

The Minister said he does not foresee any amendments in the Seanad, where the Bill goes next week.

He said resources would be made available for training and the purchase of new equipment and recalibration of old equipment, which would enable gardaí to start enforcing the new measures in 12-15 months.

The Bill was passed in the Dáil last night.

Provision for a new acceptable blood alcohol limit of 50mg, replacing the current 80mg, is contained in the Road Traffic Bill.

The limit for learner and professional drivers has been cut from 80mg of alcohol per 100ml of blood to 20mg and from 80mg to 50mg for other drivers.

Drivers caught over the limit would receive three penalty points and a €200 fine, if they do not challenge the conviction in court, but they would not receive a driving ban.

The organisation representing publicans has said it is extremely disappointed by the news that the Dáil has passed the Bill.

Chief Executive of the Vintners Federation of Ireland Padraig Cribben described the Bill as something of a PR stunt, which essentially would not do anything to save lives on the roads.

Mr Cribben also criticised rural Government TDs, who he said had offered his organisation 'a lot of tea and sympathy', which was not much good when people are going out of business.

He also said it would be a further nail in the coffin of the pub trade everywhere, which is struggling to survive.

But Irish Rural Link, which represents rural communities, has welcomed the Dáil's agreement, saying high drink driving limits are not the solution to rural isolation.

The move has also been welcomed by road safety campaigners, including the Road Safety Authority, who say the lower limit will save lives. 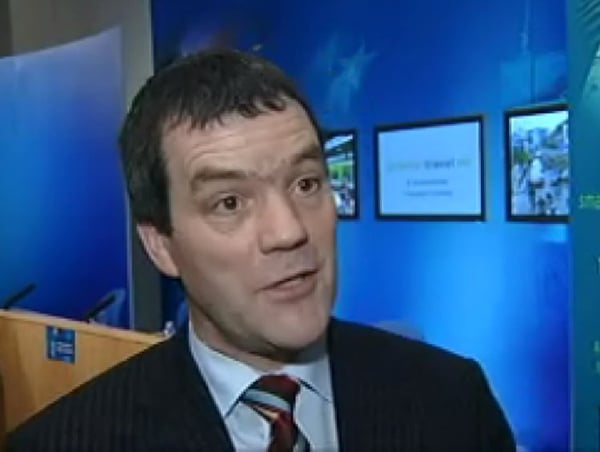