Three men have been arrested following demonstrations as Iran's Foreign Minister left the Institute of International and European Affairs in Dublin.

There were angry scenes as Manouchehr Mottaki left the Institute in Dublin this evening.

Demonstrators hurled eggs at Mr Mottaki and two protestors were kicked and punched by Iranian security guards at the event after they tried to interrupt the speech.

According to the Institute of International and European Affairs the event was organised as an 'opportunity for an Irish audience to hear at first hand the foreign policy intentions of the government of the Islamic Republic'.

The arrested men, aged in their mid to late 30s, are being held at Mountjoy and Store Street Garda Stations.

It comes as the UN Security Council voted in favour of imposing a new round of sanctions on Iran over a nuclear programme that Western powers claim is aimed at developing atomic weapons.

The 15-nation council met to vote on a draft resolution that was the product of five months of talks between the US, Britain, France, Germany, China and Russia.

Twelve countries voted in favour of the sanctions, with Turkey and Brazil voting against and Lebanon abstaining.

The four Western powers had wanted much tougher measures - some targeting Iran's energy sector - but Beijing and Moscow worked hard to dilute the steps proposed in a 10-page draft.

US Secretary of State Hillary Clinton said yesterday that the new resolution provides for ‘the most significant sanctions Iran has ever faced’.

Iran rejects Western allegations that it is seeking nuclear weapons, insisting that its nuclear ambitions are peaceful.

The resolution calls for measures against new Iranian banks abroad if a connection to the nuclear or missile programs is suspected, as well as vigilance over transactions with any Iranian bank, including the central bank.

It will also expand a UN arms embargo against Tehran and blacklist three entities controlled by Islamic Republic of Iran Shipping Lines and 15 belonging to the Islamic Revolutionary Guard Corps.

The resolution will set up a cargo inspection regime similar to one in place for North Korea.

US Defence Secretary Robert Gates said yesterday that individual states will likely move quickly to pass their own measures that go beyond the UN sanctions.

In addition to the resolution is a list of 40 companies to be added to an existing UN blacklist of firms whose assets around the world are to be frozen on suspicion of aiding Iran's nuclear or missile programs.

All five powers with a veto - the US, Britain, France, China and Russia - voted in favour. 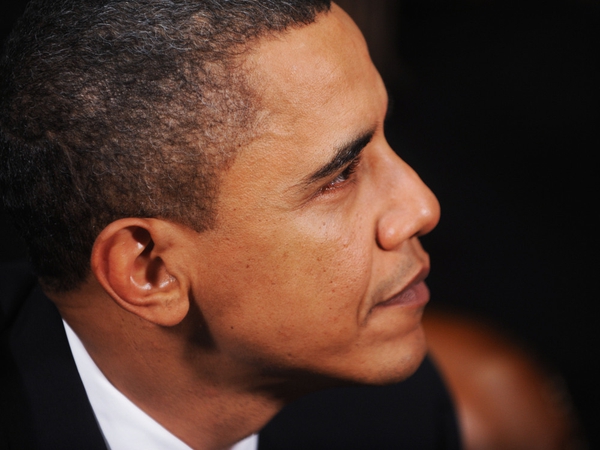 Obama to 'ratchet up pressure' on Iran