Israel is to free hundreds of foreign activists who were detained during the raid on an aid flotilla heading for Gaza yesterday.

Israeli sources said cabinet ministers had decided that the activists, including some they had threatened to put on trial, would be released 'almost immediately'.

Two Irish citizens had already been through the deportation process.

Israel had previously said the detainees would have to be legally processed before being released.

However, it had come under increasing pressure over the past 24 hours to release the detainees, as world leaders called for an investigation into the raid.

The Taoiseach said there would be 'serious consequences' if any harm came to the Irish citizens being detained in Israel.

Speaking in the Dáil this afternoon, Brian Cowen said the Government wanted the immediate and unconditional release of the Irish citizens.

The Government earlier called on Israel to allow the Irish-owned vessel MV Rachel Corrie to complete its humanitarian voyage to Gaza peacefully.

It said the vessel should not be impeded on its journey and should be allowed to discharge its humanitarian cargo in Gaza. It is currently off the coast of Libya.

Denis Halliday, a former UN Assistant General Secretary who is on board the Rachel Corrie, said it was up to the US to put pressure on Israel to ensure such attacks are not repeated.

This morning, Mr Martin reiterated his call for the immediate and unconditional release of the Irish citizens.

Fine Gael leader Enda Kenny described the Israeli raid as an outrageous operation in international waters and said the lives of Irish citizens were put in mortal danger.

Labour leader Eamon Gilmore asked if the Government had considered withdrawing the Irish ambassador in Israel, but Mr Cowen did not directly answer the question.

She also said that the Irish detainees who are contesting their deportation should leave Israel voluntarily. 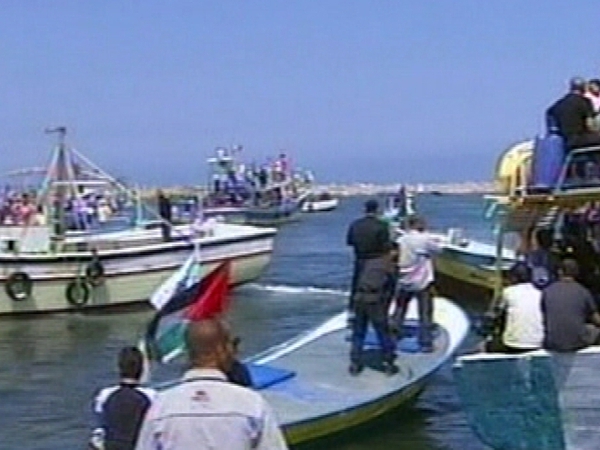