Pro-Palestinian activists have vowed to break through the Israeli blockade of Gaza, as a convoy of aid ships departed despite Israeli warnings it would be stopped.

Eight ships, including four cargo vessels and a Turkish passenger ferry carrying 600 people, are heading toward Gaza in defiance of a three-year Israeli blockade on Gaza, home to 1.5m Palestinians.

The Free Gaza Movement first started sending aid directly into Gaza in August 2008. They have been intercepted on three occasions.

The convoys are taking in 10,000 tonnes of supplies, including cement - a material Israel bans, claiming Hamas could use it to construct bunkers - as well as water purification kits, pre-fabricated homes and medical equipment.

Fintan Lane, an Irish flotilla participant, said: 'We are determined to break Israel's blockade and will not be intimidated, the people of Gaza have a right to access to the outside world and the right to determine their own future.'

The Israel foreign ministry said it has summoned the ambassadors of Turkey, Greece, Cyprus, Sweden and Ireland - the countries from which the ships set sail - and warned them that Israel had issued warrants that prohibit the entrance of the vessels to Gaza.

An Israeli government spokesperson said: 'If they were really interested in the well-being of the people of Gaza, they would have accepted the offers of Egypt or Israel to transfer humanitarian aid to the people of Gaza.

'Instead they have chosen a cheap political stunt.'

Israel says it will divert the ships to the southern Israeli port of Ashdod, where it will detain the activists before deporting them.

Part of the port has been cordoned off and prepared to deal with the activists.

Chemical toilets have been set-up as well as large, air-conditioned tents housing immigration booths and areas for people to be searched.

Israel closed Gaza's borders after Islamist Hamas took over the territory in 2007. 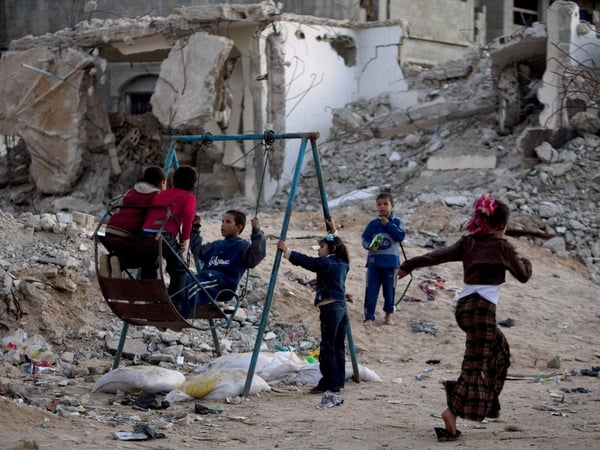