The doctor who caused an international scientific row over links between the three-in-one childhood MMR vaccine and autism has been struck off Britain’s medical register for serious professional misconduct.

A General Medical Council disciplinary panel found that Dr Andrew Wakefield, who published a study in 1998 in which he linked autism to bowel disease and the measles, mumps and rubella shot, had acted in a ‘dishonest’, ‘misleading’ and ‘irresponsible’ way during his research.

The ruling means Mr Wakefield, who now lives and works in the US, can no longer practise as a doctor in Britain, but can continue to work in medicine outside the UK.

Mr Wakefield's paper, published in The Lancet medical journal but since widely discredited, caused one of the biggest medical rows in a generation and led to a steep drop in the number of MMR vaccinations in the US, Britain and other parts of Europe, prompting a rise in cases of measles.

The Lancet formally retracted the paper in February 2010.

‘The panel has determined that Dr Wakefield's name should be erased from the medical register,’ the GMC said in a statement.

It said this ruling was ‘the only sanction that is appropriate to protect patients’ and was in wider public interest.

It was also ‘proportionate to the serious and wide-ranging findings made against him,’ the statement said.

A rise in parents' refusal to have their children vaccinated because of fears of links to autism has caused a rise in measles cases in the US and parts of Europe in recent years.

Data released last February for England and Wales showed a rise in measles cases of more than 70% in 2008 from the previous year, mostly due to unvaccinated children.

Vaccination rates are now recovering and Mr Wakefield's research has been discredited worldwide.

Yet Mr Wakefield has always defended his work and has accused those who argued against him of making ‘unfounded and unjust’ allegations.

The GMC said this refusal to accept that he had made mistakes meant that a temporary suspension of Mr Wakefield's licence was not enough, but he should be banned altogether.

‘Dr Wakefield's continued lack of insight as to his misconduct serve only to satisfy the panel that suspension is not sufficient and that his actions are incompatible with his continued registration as a medical practitioner,’ it said. 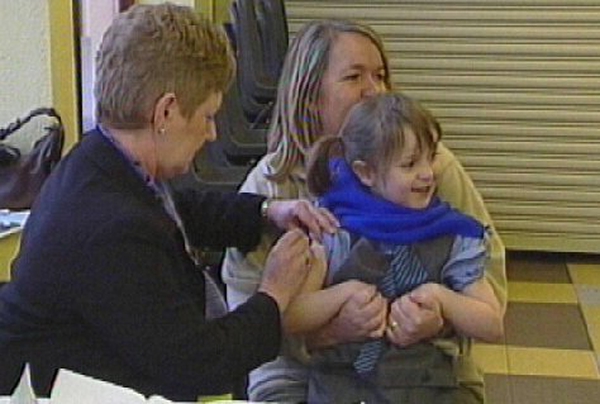