During the second day of her official visit to New York, President McAleese has opened an exhibition on The Great Hunger, called An Gorta Mor.

In an earlier address, the President said that anyone with the slightest knowledge of Irish history will know the central role played by the issue of hunger in our historical narrative.

Mrs McAleese added that the fight against global hunger is still a priority of Ireland's foreign policy.

The President was also conferred with an Honorary Doctor of Laws at Fordham University in the Bronx .

Her visit began on Thursday evening when she attended an event hosted by the Irish Voice Newspaper and Enterprise Ireland to honour Irish-Americans in the life science sector.

Many of the events during her visit are linked to remembering those who died in the Famine.

The visit will culminate on Sunday afternoon with the official New York commemoration of the Famine at the Irish Hunger Memorial in Battery Park. 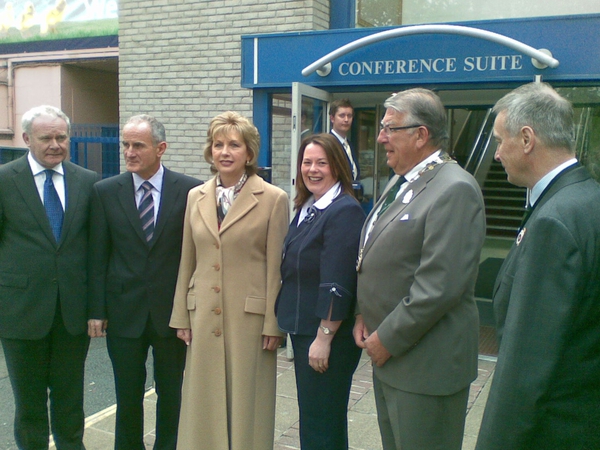