President Mary McAleese has told a gathering of Irish-US business leaders at the New York Stock Exchange that people in Ireland ‘are as mad as hell’ over what happened in Irish banking over the past few years.

She said people rightly feel hurt and angry that Ireland has been landed in this predicament by once trusted individuals and institutions.

However, she also said that Ireland is categorised by a remarkable social solidarity and today's sense of outrage is also accompanied by a collective desire and determination to fix the problems and secure a sustainable economic future for our children.

She added that slip sliding back to recidivist risk taking is not an option.

Mrs McAleese said sacrifices made by the population demands an ethical response by those who, in dealing in money also deal in the real lives, homes, jobs and opportunities of the whole nation.

The President is on an official visit to New York to attend a series of engagements to commemorate the Famine and to promote Irish-US economic relations.

Her visit began yesterday evening when she attended an event hosted by the Irish Voice Newspaper and Enterprise Ireland to honour Irish-Americans in the life science sector.

Many of the events during her visit are linked to remembering those who died in the Famine.

The visit will culminate on Sunday afternoon with the official New York commemoration of the Famine at the Irish Hunger Memorial in Battery Park. 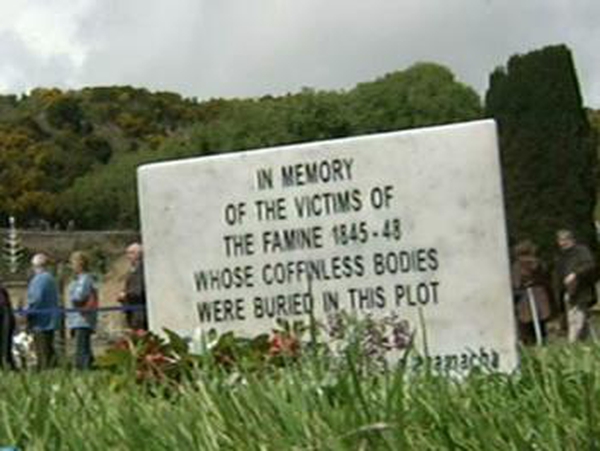