The Irish Aviation Authority has said Dublin Airport will remain closed until at least midday tomorrow because of the volcanic ash cloud.

Donegal airport will remain closed until at least 12pm.

Useful travel links | View the spread of the ash cloud

The IAA said: 'The volcano's activity and the latest weather forecasts indicate an increased quantity of ash over Irish airspace.'

Mr Brennan said it was becoming more difficult to predict the impact of the volcanic ash because the eruptions are more periodic.

However, he said he the outlook for later tomorrow looks better and he is reasonably optimistic for later in the week.

Aer Lingus, Ryanair and Aer Arann have cancelled a number of services as a result of the airport closures.

All Aer Lingus flights with a scheduled departure time up to 12pm tomorrow are cancelled, including Aer Lingus transatlantic flights EI 105 from Dublin to New York and EI 133 from Dublin and Shannon to Boston.

The IAA will issue a further update at 9.30am tomorrow.

The British Civil Aviation Authority's no-fly zone will be extended south to include London's Heathrow and Gatwick airports from 1am.

Earlier Nats extended its no-fly zone south to include airports in Birmingham and Norwich.

Manchester, Liverpool, East Midlands and Prestwick are among other UK airports to close. The restrictions will remain in place until at least 1am tomorrow.

Virgins Trains has said there will be some longer trains tomorrow on the line between London and Holyhead to connect with ferries to Dublin.

The spread of ash from the erupting volcano under the Eyjafjallajokull glacier in Iceland grounded much of European air traffic for nearly a week in mid-April.

Airlines had to cancel around 100,000 flights, stranding millions of passengers.

Dublin - Closed from 7pm until at least 12pm tomorrow

Sligo - Re-opens at 9am tomorrow

Galway - Re-opens at 6am tomorrow

Waterford - Closed from 11pm until at least 9am tomorrow 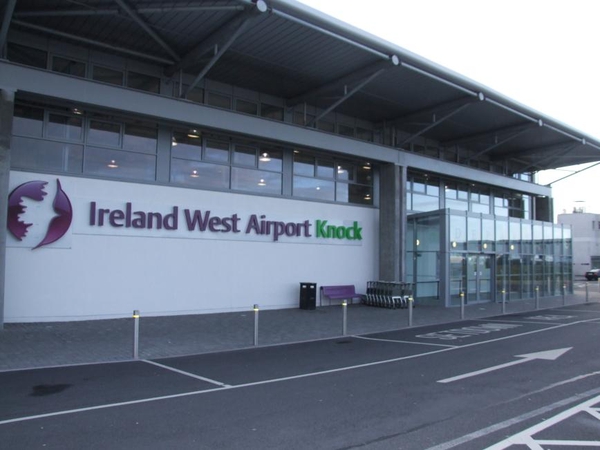