In what has been described as the worst spate of poisoning in recent years here, 10 protected birds of prey have been confirmed poisoned.

The birds, which were found over the past few weeks around the country, include three Red Kites, two white-tailed eagles, a golden eagle, three buzzards and a peregrine falcon.

Toxicology tests confirmed that some of the birds were poisoned by ingesting meat baits laced with Alpha-Chloralose, while others were poisoned by carbofuran, a substance previously used as a pesticide but now illegal in Ireland.

The two red kites and the peregrine were found dead in Co Wicklow, a third red kite released in Northern Ireland was found dead in Co Kildare, a golden eagle in Co Leitrim, and buzzards in west Waterford, east Cork and Donegal (one of which recovered from poisoning).

A male white-tailed eagle released in Killarney National Park in 2008 was found in the River Laune near Beaufort by Stewart Stephens, Laune Angling Club, on 4 April and recovered the following day.

A second male white-tailed eagle released in 2007 was found on land in Beaufort on 12 April. Both eagles were in excellent condition and had been surviving well in the wild for 2-3 years until poisoned.

An investigation is ongoing by the Department of Agriculture and gardaí in Killarney.

‘The loss of a further two white-tailed eagles at this time is devastating,’ said Dr Allan Mee, Manager of the White-tailed Eagle Reintroduction Project in Kerry.

‘The older male could have been one of the first birds to breed in the wild in Ireland in over 100 years had it survived. Indiscriminate poisoning is literally killing our chances of re-establishing a population here,’ he added.

The deaths of these birds brings to 13 the total number of white-tailed eagles found dead, seven of which have now been confirmed poisoned, all in Co Kerry. 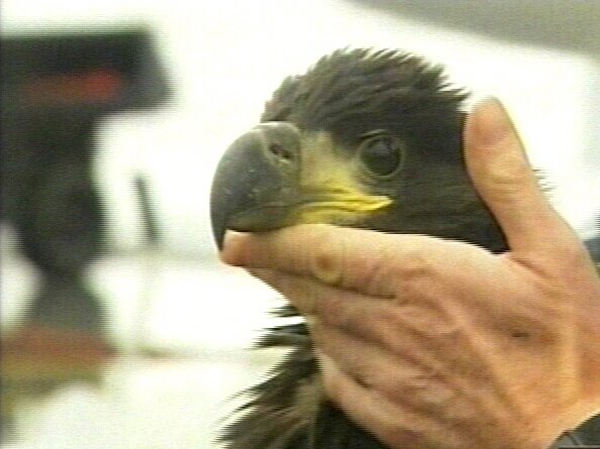 Investigations after deaths of rare eagles