Former Taoiseach Bertie Ahern is to give up his €83,000 ministerial pension.

Mr Ahern contacted the Department of Finance this afternoon to ask them to 'gift' his pension back to the State.

That leaves seven Fianna Fáil politicians who have not said they will give up the pension: three TDs - Jim McDaid, Michael Woods and Noel Treacy; two MEPs - Pat the Cope Gallagher and Liam Aylward; and two Senators: Ivor Callely and Terry Leyden.

Earlier, Fine Gael and Labour promised that all their serving politicians would surrender their ministerial pensions.

Labour's Ruairi Quinn, Brian O'Shea and Emmet Stagg, as well as Fine Gael's Bernard Allen, said they would give up their ministerial pensions.

Their move follows the decision last night by European Commissioner Máire Geoghegan-Quinn to forgo her Dáil and ministerial pensions.

Ms Geoghegan-Quinn is seeking to have the necessary arrangements put in place to allow her to 'gift' the pensions to the State for the duration of her service as an EU Commissioner.

There have been a number of calls in recent days on Ms Geoghegan-Quinn to surrender the Oireachtas and ministerial pensions, which are worth over €100,000. Her salary as a Commissioner is just under €250,000.

Party leader Enda Kenny said that if the Government votes down the Bill next week, all Fine Gael's ministerial pension holders will surrender them or contribute them to charity.

The legislation, an amendment to the existing legislation, would remove the pensions from sitting Oireachtas members with immediate effect.

Earlier, the Labour Party said it would draw up legislation to ban the payment of ministerial pensions to serving politicians.

Labour leader Eamon Gilmore said their legal advice was that there was no constitutional impediment to such legislation.

Labour TD Michael D Higgins, who had been donating his ministerial pension to charity, wrote to the Department of Finance last week asking for it to be stopped.

The Taoiseach, meanwhile, has insisted that Opposition proposals to end the payment of ministerial pensions to serving politicians would be unconstitutional.

Brian Cowen told the Dáil that property rights are protected in the Constitution and that the Government's position was based on the advice of the Attorney General.

He reiterated that there had been a 25% reduction in pensions paid to serving politicians, and that if people wanted to make a larger contribution that was up to them.

Labour TD Ruairi Quinn, a former Minister for Finance, said he had made his decision because of the poor state of the public finances and because economic conditions in the country had not improved since the original pension reductions were made. Last year, Mr Quinn received a ministerial pension of €41,656.04.

Bernard Allen was Minister of State for Sport during the Rainbow Coalition.

The Cork North Central TD told RTÉ that by giving up his pension, which was worth €50 a week after tax, he might put pressure on some of the 'high rollers' receiving large pensions.

Labour TD Emmet Stagg was appointed Minister of State at the Department of Transport, Energy and Communications in 1995 and received a pension last year of €7,716. 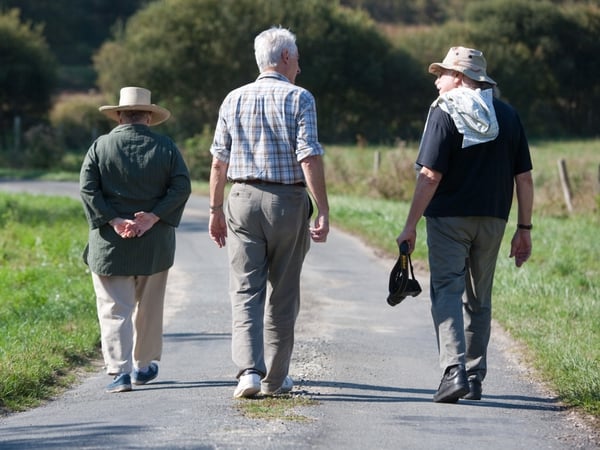