The Minister for Justice has withdrawn from his scheduled appearance at the Garda Representative Association annual conference.

Dermot Ahern was due to address gardaí in Limerick this afternoon but he refused to attend because of the tone of the speech that the President of the GRA was due to deliver.

In the speech, which was circulated but not delivered, Michael O'Boyce criticised the Government, the Fianna Fáil party and the Minister for Justice.

Mr O'Boyce said earlier this afternoon he was not prepared to change that speech and following that decision, the Minister for Justice pulled out of the conference.

In the speech, Mr O'Boyce was to say that the Government has been corrupted by years of power and has lost touch with the reality of life on a modest salary.

The speech also outlined to the Minister that the Government was truly a Government of national sabotage whose only agenda was to protect economic traitors.

Mr Ahern said the remarks were 'an unprecedented political intervention by a garda representative and have no place in a modern democracy'.

He added: 'They besmirch the long-held excellent reputation that An Garda Siochána has earned for serving the people and institutions of this State without fear or favour.

The Association also condemned the Minister for what it said was his failure to provide adequate resources to An Garda Síochána.

A motion accusing Minister Ahern of being out of touch because he says An Garda Síochána is the best resourced force in Europe was carried this morning.

Abolition of code on civil debts

They also voted for the abolition of the code on civil debts, which could mean gardaí who cannot pay their mortgages could lose their jobs and for a mandatory 12-year sentence for an unprovoked assault on a Garda.

Gardaí came to the podium today and said they do not want to work as barmen, taxi drivers or nightclub bouncers after already doing a full day's work, but said they should have the choice.

Gardaí from all over the country said they were working in stations they described as hovels and driving cars that had 200-300,000km on the clock.

Earlier the Association warned that gardaí who are not paid enough are at risk of becoming corrupt.

General Secretary PJ Stone said the situation could not be allowed to exist where members of the gardaí could not pay their debts.

Mr Stone has warned that the inability of members of An Garda Síochána to pay their debts raises serious moral as well as legal issues.

He said that if the pay rates put gardaí in a vulnerable position there was a risk that they, as he put it, could be ‘got at’.

The GRA has also still to decide whether to advise gardaí to accept or reject the Croke Park proposals on public sector pay and reform. 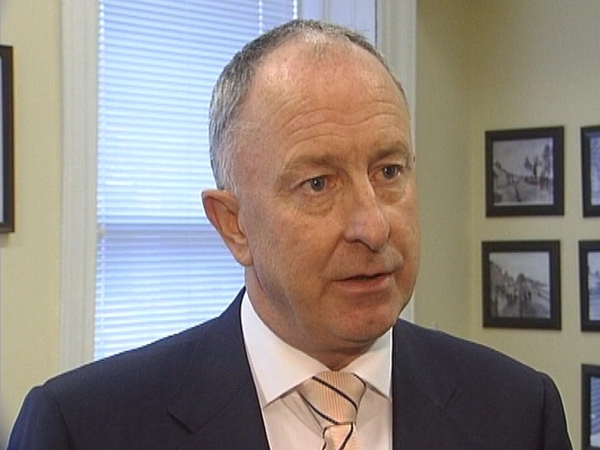