Muslims in the French city where a woman was fined for driving in an Islamic veil have complained of being stigmatised by the affair.

With the government planning to ban the full Islamic veil in public, the fining of the French woman took a political turn when a minister threatened to punish her husband for offences including polygamy.

‘The muslims of Nantes... are worried by this systematic stigmatisation which goes against the values of the Republic,’ the collective of Nantes mosques said in a statement.

The association ‘considers that the stopping of a driver is a judicial procedure and is angry at how such an event has been turned into being all about Islam.’

The woman has challenged the fine as a breach of her human rights.

President Nicolas Sarkozy's government said last week it would push ahead with a ban on wearing a full-face veil in public, despite a warning from state legal experts that such a law could be unconstitutional.

In this context, the Nantes incident gained political momentum and dominated the news this weekend.

France's interior minister, Brice Hortefeux, alleged the woman's husband may belong to a radical group and may be a polygamist with four wives and 12 children and guilty of welfare fraud.

Mr Hortefeux wrote to Immigration Minister Eric Besson asking him to look into the allegations and said the man could be stripped of his French nationality if they proved true.

Mr Hortefeux's move was praised by members of the right-wing governing UMP party and criticised by opposition figures such as Communist Party leader Marie-George Buffet, who called it a ‘bad-taste political operation’.

The deputy mayor of Nantes, Socialist lawmaker Jean-Marc Ayrault, said the state authorities had known about the polygamy allegations for some time. ‘Why are they pretending just now to have discovered the situation?’ he said.

The state prosecutor in Nantes, Xavier Ronsin, said that so far no charge had been lodged against the husband but an investigation could be launched if there were grounds to suspect fraud.

Mr Hortefeux wrote that the husband was born in Algeria and acquired French nationality by marrying the woman in 1999.

Polygamy, being married to more than one person at the same time, is a jailable offence in France, but only civil marriages conducted by a state official count - not religious marriage ceremonies.

It was not clear whether the veiled woman's husband was joined to his other alleged wives by civil marriage or by religious rites such as Muslim weddings.

As to whether the man could be stripped of his French nationality, a source close to the investigation said that French law allowed this only in the case of serious crimes against the state such as terrorism, not for polygamy.

Naturalised citizens can however have their nationality revoked if they are found to have obtained it fraudulently. 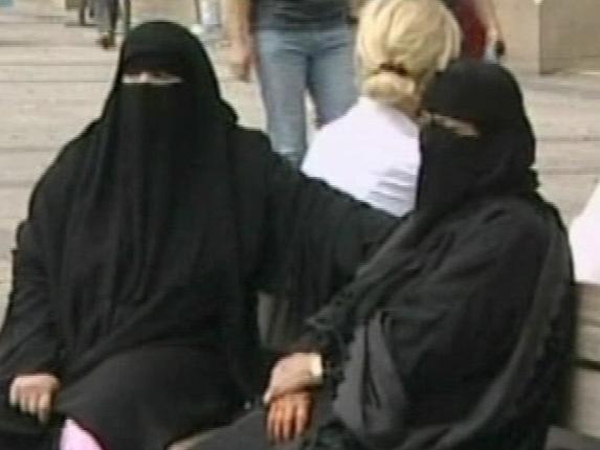