The Labour Party conference concluded in Galway today, with debate on international affairs, transport and defence.

There was also debate on the tension in the Middle East and the possible use of the Defence Forces to teach physical fitness in schools.

Labour leader Eamon Gilmore said his party would not go into Government with Fianna Fáil even if he was given the post of Taoiseach with a Fianna Fáil Tánaiste.

Delegates passed a comprehensive motion that notes with alarm the rapidly deteriorating living conditions in Gaza and the severe humanitarian crisis caused by the ongoing Israeli blockade.

Mr Broughan told delegates that Labour is opposed to any cutbacks in public transport and said that Fianna Fáil and Fine Gael represent the same vested interests in the area.

He also said that Labour in Governmentt would insist that the Rosslare to Waterford commuter rail line would remain open.

Earlier, delegates voted in favour of a motion calling for the overhaul of the taxi regulation system.

The highlight of the conference was last night's leader's address by Mr Gilmore.

He told the conference that Labour will run enough candidates in the next election to allow the Irish people to make it the biggest party in the next Dáil and to lead the next Government.

He said Labour was ready to lead and liberate the country from what he called 'the treachery of insiders' who have squandered Ireland's prosperity.

Mr Gilmore said it was time to get rid of Fianna Fáil, which he said do not have a monopoly on governing the country.

He said Labour in power would establish a dedicated jobs fund, a strategic investment bank and a department for public sector reform.

Mr Gilmore also proposed a convention, including ordinary citizens, as well as experts and specialists, to draw up a new Constitution fitted to modern times.

He hopes it will be ready for the 100th anniversary of the Easter Rising in 2016. 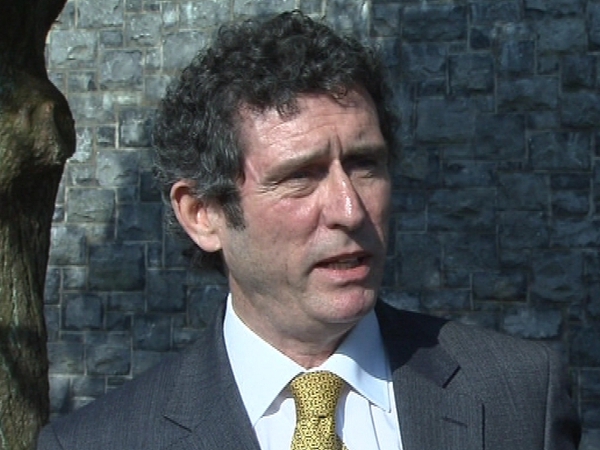