At least 95 people have died in southeastern Brazil after the heaviest rains in decades triggered flooding and mudslides.

Most of the fatalities occurred in the Rio de Janeiro area.

Flooding was so intense that the authorities urged city residents to remain indoors and not venture into downtown areas, where streets were impassable.

Officials say most of the casualties were trapped in landslides in the hillside shanty towns, known as favelas.

Morning flights in and out of the city of 6m people were cancelled or seriously delayed and many neighbourhoods were cut off from power and transport.

Many companies shut down their offices for the day as torrents of water caused traffic chaos.

The downpour, which began late on Monday, is the worst Rio has recorded in at least 30 years.

Up to 29cm (9") of rain fell on the city in less than 24 hours, which is more than what meteorologists said was expected for all of April. 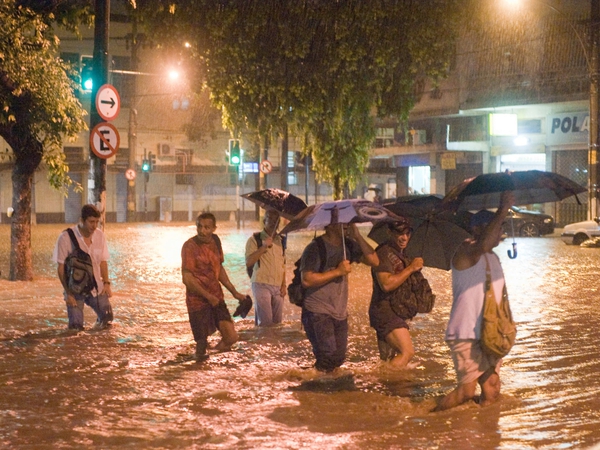