A day of mourning is being held in Russia to mark yesterday's double suicide bomb attack on Moscow's subway system, in which 39 people died and more than 60 were injured.

Russian security officials have blamed extremists from the North Caucasus region for the bombings.

The death toll in the Moscow bombings rose to 39 after an injured woman died in hospital. The death toll does not include the bombers themselves.

Russian Prime Minister Vladimir Putin vowed those responsible for the worst attack on the city in six years would be ‘destroyed’.

President Dmitry Medvedev visited the site of one of the bombings this morning to lay a wreath of red roses.

He pledged to ‘find and wipe out’ those behind the blasts, calling them ‘wild beasts’.

The first bomb, just before 8am (5am Irish time), exploded on the second carriage of a train as it stood at the Lubyanka metro station.

Lubyanka station is close to the headquarters of Russia's main domestic security service, the FSB.

Another bomb about 40 minutes later went off on the second carriage of a train waiting at the Park Kultury metro station. 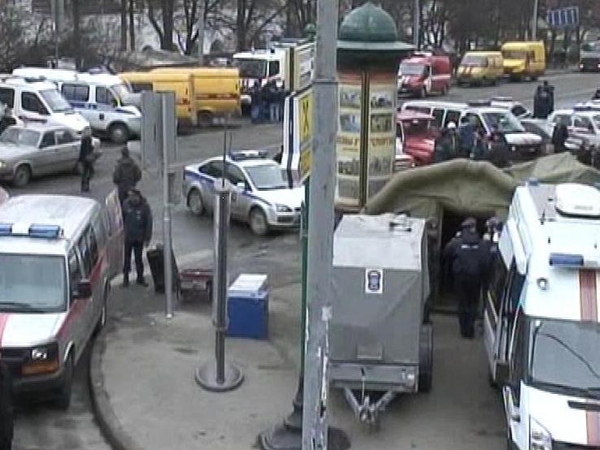