The National Asset Management Agency is to apply an average discount of 47% on the first loans it will acquire from the five financial institutions involved in the scheme.

Coverage on RTÉ.ie/live and RTÉ Radio
NAMA: How will it work? | A Brief Guide

This means the Agency will give the banks just over half of what the loans were worth on the banks' books.

It is well ahead of the figure of 30% estimated by the Government last year.

The first batch of loans, made up of 1,200 individual loans and originally worth €16bn, will be bought for €8.5bn.

Out of the €8.5bn in loans, the majority of the securities are in Ireland. Investment properties make up the bulk of the loans at €5.5bn. €1.3bn is in land, €0.8bn in hotels. Residential property makes up 0.4%.

NAMA completed the first transfer of loans from EBS and Irish Nationwide yesterday.

The first Bank of Ireland loans will transfer on Friday, with Anglo Irish and AIB loans going to NAMA by early April.

NAMA said it expected to complete the transfer of all loans by February 2011.

Figures for the individual banks show NAMA will pay AIB €1.8bn for loans worth €3.3bn, a discount of 43%.

The discount for Irish Nationwide is even bigger, at 58%. The figures are 35% for Bank of Ireland and 37% for EBS.

NAMA also announced three institutions will invest €17m each, a total of €51m, in an entity called the Special Purpose Vehicle being set up to buy, manage and sell-off the loans identified by NAMA.

NAMA set up the SPV, which will be 51% owned by private investors and 49% by NAMA, in order to receive approval from the EU to keep the debts associated with the agency outside of the State's national accounts.

The SPV will have capital of €100m and private investors will be represented on its board, but NAMA will have a veto.

The Dáil tonight approved the Government plan to stabilise the banking system by 83 votes to 69.

Speaking in the Dáil, Minster for Finance Brian Lenihan said the scale of the damage is now known.

Minister Lenihan said that senior figures in banking had made appalling decisions and that the losses were horrifying.

He said that what has emerged from the NAMA process is 'shocking' and that the worst fears about the banking system had been surpassed.

Mr Lenihan said the banks had played ‘fast and loose’ with the economic interests of this country.

However, Mr Lenihan said NAMA had carried out its valuations in a 'hard-headed' manner.

He said the first tranche was 20% of the anticipated total assets.

He outlined how much new capital the banks will need to meet targets set by the Financial Regulator.

Mr Lenihan said he was providing €8.3bn to Anglo Irish Bank this week, but additional capital will be needed to help it cope with its losses.

The current estimate is that this could involve another €10bn over time, though there was still uncertainty over this figure.

The €8.3bn will be paid over a number of years, reducing the cost to the Exchequer.

He said he understood why people wanted to close the bank, but this would involve huge costs to the State, and potential damage to the State.

He predicted an exit of the bank from State hands in five-seven years.

AIB: The Minister has said €3.29bn of assets from AIB will be transferred in the first tranche. That accounts for 14% of its assets. The average discount applied will be 43%.

Mr Lenihan said AIB would need to raise €7.4bn by the end of the year to meet targets.

It is to immediately start selling off assets in Poland, the US and Britain to help raise this, but Mr Lenihan said the State would provide additional funding by increasing its stake in the bank if necessary.

Bank of Ireland: Will need €2.7bn in new capital, but is hoping to meet much of this from private sources.

The State will convert some of its existing preference shares into ordinary shares, but this will not require any new investment of State funds.

Irish Nationwide: Will require €2.6bn of new funds from the Government, most of which will be payable over 10 to 15 years, reducing the cost to the State.

EBS: Will need €875m. The State will provide €100m by taking new shares in the society, which will give the Government full control.

But Mr Lenihan said there had been interest from private sources in making an investment in the society.

The Minister said he was ordering AIB and Bank of Ireland to lend €3bn each to businesses this year and next year.

The National Treasury Management Agency will manage the State's stakes in EBS and Irish Nationwide, as well as Anglo Irish Bank.

Stakes in AIB and Bank of Ireland will continue to be funded and held by the National Pension Reserve Fund.

The Minister said he was seeking EU approval for a modified extension of the bank guarantee scheme, which runs out in September. The extension will not cover subordinated debt.

His party leader Enda Kenny said the Government's plans amounted to 8.5 on the Richter Scale.

He said the epicentre was at Anglo Irish Bank headquarters and that the aftershock will be felt by future generations.

Labour's Joan Burton described the re-capitalisation and transfer of assets to NAMA as socialism for bankers and developers.

She said the Irish taxpayer was seeing the costs and consequences of crony Irish capitalism.

Sinn Féin Finance Spokesman Deputy Morgan said the Government was throwing money into the banks that could be better spent elsewhere.

However, Taoiseach Brian Cowen said the steps taken today were tough but necessary.

Green Party Minister Eamon Ryan said that there were political failings that led to the banking crisis, but he said the focus now must be on how best to move forward. 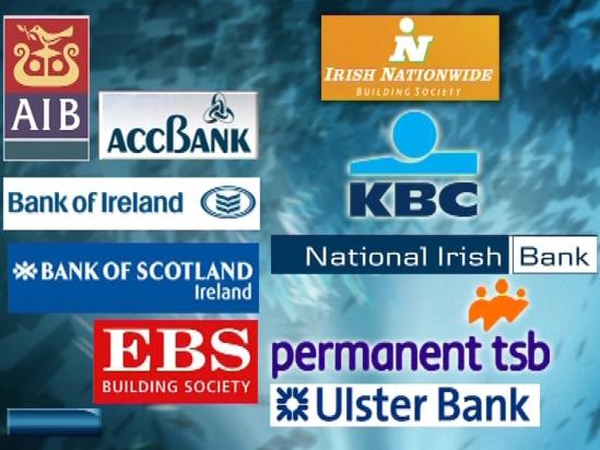