Taoiseach Brian Cowen has said he is happy with the outcome of the public sector pay and reform talks, which he said was ‘realistic and fair’ to all concerned.

Mr Cowen told RTÉ News that what the country needed was a public sector which could be afforded and that, in return, the Government was committed not to look at further cuts in pay.

He said the deal would allow for transformation of the public sector with real change.

Speaking on News At One, Blair Horan, General Secretary of the CPSU, which represents lower paid civil and public service workers, said the union achieved a platform for the restoration of pay to those earning under €35,000 a year.

The executive of IMPACT will meet on Thursday of next week to decide whether to recommend the proposals to its members.

The union’s General Secretary, Peter McLoone, said the draft agreement was an opportunity to bring stability to public service provision and pay, but he said the final decision lay with union members.

'Reform must deliver specific, measurable savings and have a firm implementation timetable. The public must have absolute confidence that what has been promised actually happens on the ground.'

In a statement, Mr Gilmore said that the proposed deal had the potential to significantly reform public services and lead to much improved services for the public.

While he described the proposals regarding the restoration of pay as uncertain, Mr Gilmore said he welcomed the commitment to prioritise those earning less than €35,000.

He also said decent hard-working public servants had been demonised during their pay campaign.

The deal was struck in the early hours of this morning following lengthy negotiations.

The Government has undertaken not to impose any further pay cuts on State employees before 2014 in return for significant reforms in the delivery of public services.

Speaking on RTÉ's Morning Ireland, Mr Mulvey said the changes, including the unions agreeing to redeployment within the sector and a longer core working day, would transform the public service.

He said he hoped public servants would rise to the challenge, and also said he had asked the unions to call off their ongoing work-to-rule.

Under the proposals, brokered by the LRC, unions will cooperate with extensive cost-saving measures across the public service.

In spring 2011, there will be a review of the extent of sustainable savings secured, which will be independently verified by an Implementation Body.

If sufficient savings are identified, priority for reimbursement will be given to staff earning less than €35,000 a year.

However, it is unclear what proportion of lost salary would be reimbursed and by when.

Minister of State for Public Service Transformation Dara Calleary said the unions could not be absolutely guaranteed restoration of their pay cuts when an independent Implementation Body reviews the changes within the sector.

Measures to reduce staff numbers will continue and there may also be a voluntary exit scheme.

There will be no compulsory redundancies if staff comply with redeployment across the public sector.

Promotion and incremental progression will be linked in all cases to performance.

A new pension scheme for new entrants will be introduced from 1 January 2011.

The period during which public servants may retire with their pension calculated on the basis of their salary prior to pay cuts will be extended to December 2011.

However implementation of the agreement is subject to there being no currently unforeseen budgetary deterioration.

The Minister for Foreign Affairs has appealed to the CPSU to call off the industrial action at the Passport Office.

Micheál Martin told the Dáil that the backlog could be cleared within days if the union acts as the Government would lift the ban on overtime and would hire 50 temporary staff to help clear the backlog.

He confirmed that the backlog of passports waiting to be processed stood at 50,000. 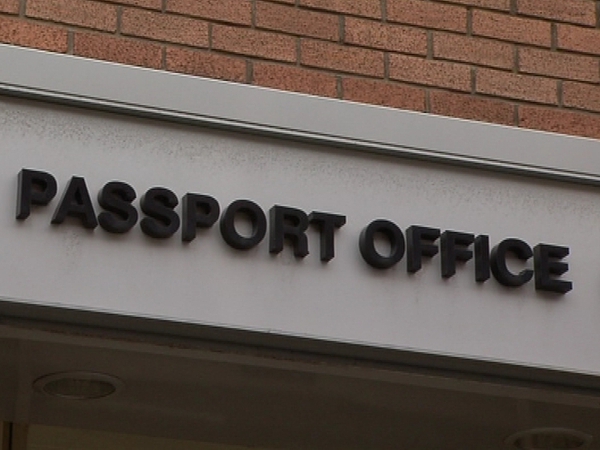