Minister for the Environment John Gormley has rejected claims by Fine Gael's Phil Hogan of a ‘cover up’ in relation to the reports on the Dublin Docklands Development Authority.

Minister Gormley said the claims ‘are ridiculous, they do not stand up to scrutiny and they are political muck-raking and don't deal with the fact as they stand'.

Mr Gormley said he was told by the Attorney General he could not publish the reports into the DDDA until they were cleared by the Dublin Docklands and by individuals identified in those reports.

Speaking on RTE's Six-One he said he wants to publish the reports because he commissioned them.

He said he could not quantify what the purchase of the Irish glass bottle site might cost the taxpayer and that he had commissioned a report from Farrell Grant Sparks to look at the various financial options.

He said the site value has reduced by 85%.

Asked whether Taoiseach Brian Cowen should explain why, as Minister for Finance, he signed off on the purchase of the site without a formal valuation being obtained and if Mr Cowen has questions to answer in all this John Gormley said: ‘Of course’.

Mr Gormley said he wanted to hear everything that people have to say on the matter, and that any matter that cost the taxpayer money has to be looked at in detail.

The row comes after a draft report on the DDDA said there was no formal valuation on the Irish Glass Bottle Company site, which was purchased for more than €400m.

The disclosure is made in one of three reports on the Authority, which reveals a series of concerns about planning, financial and corporate governance issues.

Minister Gormley commissioned the review of the DDDA last year after concerns about its activities.

In the Dáil this morning, Opposition parties called for the publication of the report.

Labour Party leader Eamon Gilmore said this report is now in the hands of a journalist and should be laid before the House.

Tánaiste Mary Coughlan responded very briefly to calls by the Opposition for publication of the report.

The documents, seen by RTÉ News, also say there is a significant risk of legal action against the State-owned Authority arising from its past planning practices.

The documents say there have been inappropriate planning decisions in the past.

Developer Sean Dunne took a case in 2008 that successfully challenged the decision to give the go-ahead for a new headquarters for Anglo Irish Bank.

A planning report for the Authority now says a substantial number of planning permissions given by the Authority could also be considered non-compliant.

A second report by the new Executive Board says value-for-money considerations were largely absent from the Authority.

A spokesman for Minister Gormley said the reports were commissioned by him in order to be able to publish them so that all historical events at the DDDA could be brought out into the open.

He said the reports were drawn up by experts on behalf of the new Chair of the Authority, Niamh Brennan.

The spokesman said the reports were completed and submitted to the Minister and the Department last month. He added they were looked at by the Attorney General.

He said the Minister contacted Ms Brennan and the DDDA and the reports were then circulated to former board members and staff for comment and to provide them with the opportunity to respond to issues raised in the reports.

The spokesman said that process is still ongoing.

He said the Minister is expecting some submissions in the very near future from the DDDA in response, which would clear the way for publication.

He said Minister Gormley hopes to be in a position to publish the reports soon but he has to follow proper procedures in order to protect the taxpayer.

This morning, Public Accounts Committee Chairman Bernard Allen said that last September the Committee wrote to Minister Gormley requesting that the PAC be allowed to examine the accounts of the Dublin Docklands Development Authority.

He said that Mr Gormley would not accede to that request.

Mr Allen said that the Committee was now writing again to reiterate that request. 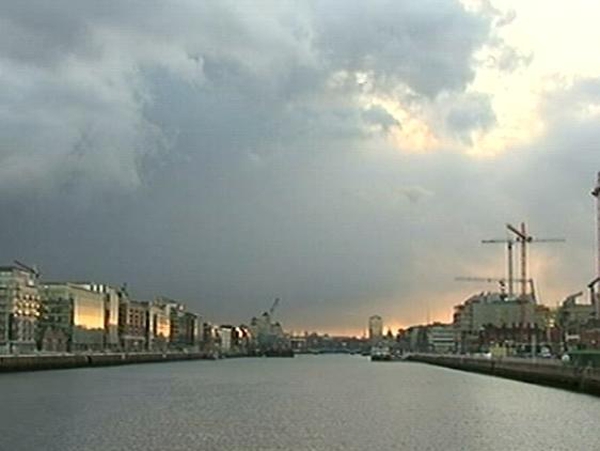