Tallaght Hospital has admitted that there was a backlog in October of almost 3,500 GP referral letters that had not been reviewed by a consultant.

The hospital said that all of these referrals are now being dealt with. It rejected claims that 30,000 letters were unprocessed and said that all letters are opened on receipt.

The claim of unprocessed letters was made by Professor Tom O'Dowd of Trinity College, who first alerted the hospital last April to X-ray referral problems.

One patient died as a result of a delayed diagnosis, while another is receiving treatment for cancer.

In a statement this evening Tallaght Hospital said: 'In October 2009, action was taken to clear a backlog of 3,498 letters, which had not been reviewed by a consultant. All of these are now actively being dealt with.

'In the past year we have significantly improved the GP referral system for a majority of our clinics.

'The 2,591 staff of Tallaght Hospital continue to be focused on reducing the radiology backlog.'

The hospital added that 1,127 people had contacted it through its helpline.

Speaking on RTÉ's Drivetime, Minister for Health Mary Harney said her Department should have been informed earlier of the scale of the backlog.

Ms Harney added that it was 'completely unacceptable' for any referral letters to be left unopened.

Tallaght GP Dr Aodhagan O'Reilly said today that a period of up to four years could pass without a response to referral letters.

He said in one case a patient was referred in 2004 and there has yet to be a reply.

Dr O'Reilly said that he has recently begun getting responses from the hospital to letters that date back a number of years.

The Health Service Executive has said that it will publish data on its audit of all hospitals on radiology issues when all of the reports from the hospitals are compiled.

Earlier, the Government rejected Opposition demands for a debate this evening or next week on the situation at the hospital.

Fine Gael leader Enda Kenny said there must be accountability in the Dáil on such life and death issues.

Labour leader Eamon Gilmore said Minister Harney's itinerary in New Zealand read like 'a Lord of the Rings tour', and that the only thing missing was dinner with Bilbo Baggins.

Sinn Féin's Caoimhghín Ó Caoláin said the problems were unlikely to be confined to Tallaght Hospital.

But Tánaiste Mary Coughlan said the facts must be ascertained by an independent investigation before answers can be given.

Minster Harney said in a statement this evening that she has been assured that the review of X-rays will be completed in ten weeks.

'Patients' interests and standards of care must come first,' she said. 'For that reason the review of unread X-rays is being given top priority by the hospital.

'The investigation of circumstances that gave rise to this situation will be fully addressed through the independent review announced by the HSE.'

Speaking on RTÉ's Morning Ireland, Minister of State and local TD Conor Lenihan said the incident had highlighted the need for changes in the governance of the hospital.

He said the 22-member board was too unwieldy and management had to be slimmed down. 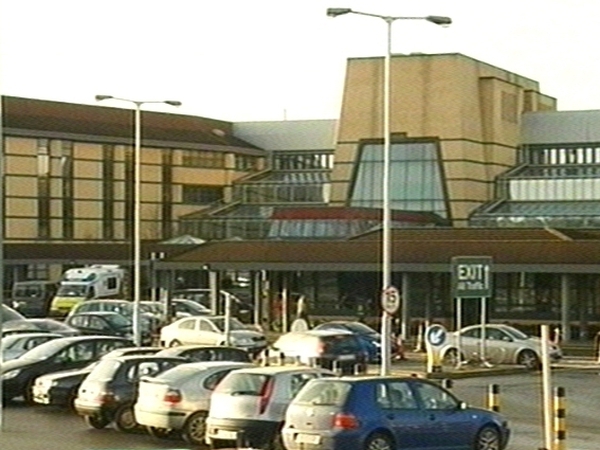