230 Aer Lingus cabin crew who rejected a €97m cost reduction programme will only receive the legal minimum redundancy payment when they lose their jobs in a month's time.

All cabin crew will be made redundant after a 30-day consultation period.

Most of them will be offered immediate re-employment, but on lower pay and conditions.

Yesterday, the airline announced that it would have to secure cost savings through compulsory redundancies rather than by the voluntary deal that the cabin crew turned down by a margin of two to one.

It also said that it would not do any 'sweetheart' deal for the cabin crew, which was the only one of five groups to reject the restructuring agreement.

It is understood that the airline intends to make all senior cabin crew members, known as cabin managers, compulsorily redundant in an attempt to 'de-layer' the cabin crew organisation system.

However, it will offer immediate re-employment subject to acceptance of a new contract of employment with revised terms and conditions, including pay cuts, longer hours, and more efficient work practices.

It is understood the annual working hours will rise from around 600 to 850.

The Transport Minister has said that Aer Lingus needs to move on and 'quickly'.

Noel Dempsey said that the airline should get on with its own business.

He said that unions should reach agreement with the airline, adding that there can be no special treatment for anyone within the organisation.

He added that Aer Lingus is trying to resolve a very difficult position and achieve savings so that the airline can survive.

Mr Dempsey said everyone needed to take some share of the pain and he urged the cabin crew and management to get around the table.

The IMPACT trade union has said that the compulsory redundancy programme announced by Aer Lingus is ‘brutal, targeted and unfair’.

The union is requesting that the Labour Relations Commission reconvene in order to ‘find a mutual solution’.

In a statement this afternoon, the union says that despite assurances by the CEO of the airline Christoph Mueller, the measures ‘look very much like a form of retribution against cabin crew for voting against the proposals’.

IMPACT says that it believes that the measures, if fully implemented, ‘will damage the long term sustainability of the airline’.

Aer Lingus has said that it has no mandate from the board to enter further negotiations with cabin crew.

A spokesperson for Aer Lingus said that after four months in the Labour Relations Commission, there was nothing left to negotiate. 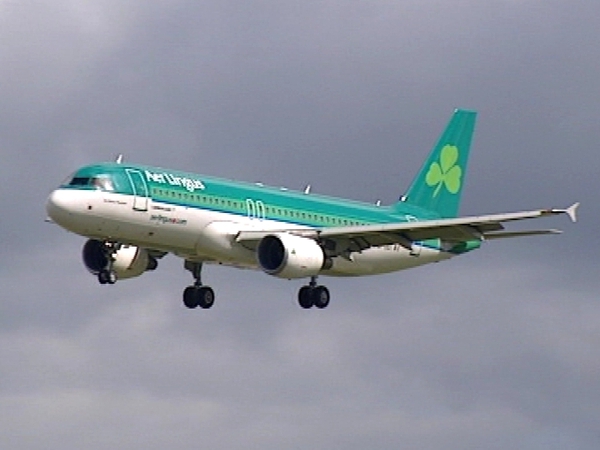