Ombudsman Emily O'Reilly has said members of the Irish parliament have been sidelined and can no longer hold the Government to account because TDs and Senators are firmly controlled by their party whips.

Ms O'Reilly said she believes TDs are forced to exercise a form of 'mental reservation' in decision making because they generally have to vote a predetermined basis.

She said this must frustrate them and take a personal toll on them.

In a speech to the Institute of Public Administration, Ms O'Reilly also said poor governance in the main public and private institutions lies at the heart of our economic downturn.

She said the Constitution has become more fiction than reality and the situation is so serious that it can no longer be ignored.

Ms O'Reilly said the way in which her report on the 'Lost at Sea' programme, which she laid before the Dáil last December, was dealt with was just one example of the deficits in our parliamentary system.

The report, which upheld a complaint and recommended redress under the scheme, was rejected by the Department of Agriculture.

But she said several attempts to bring it before the relevant Oireachtas Committee was voted down along party lines.

In her speech, Ms O'Reilly also said that the exclusion of some public bodies from the Freedom of Information act was a retrograde step.

She said she was genuinely shocked by the representations made by some bodies to be excluded from the Act, and does not accept the rationale behind them.

Elsewhere, Tánaiste Mary Coughlan has rejected criticism of her handling of her portfolio as 'political charges' and said she represents this country abroad 'with pride'.

Mr Varadkar asked the Tánaiste what she would say to people who said she was not capable of representing Ireland overseas.

Ms Coughlan said her personality 'was a matter for others to decide', but her job was to represent this country abroad, which she did with pride and conscious of the honour she had been given by the Taoiseach. 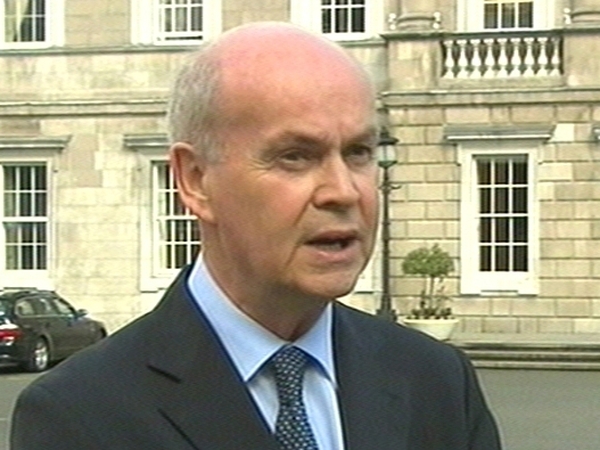