The Northern Ireland Assembly has voted in favour of the devolution of policing and justice powers from Westminster to Stormont, despite opposition from the Ulster Unionist Party.

The vote underpins the Hillsborough Agreement brokered between the Democratic Unionist Party (DUP) and Sinn Féin to stabilise the power-sharing government.

The Assembly decision followed an acrimonious three-hour debate in which the UUP resisted pressure to support the move.

The vote allows for the creation of a Department of Justice for Northern Ireland after the powers are devolved by 12 April.

A Justice Minister will be appointed in the coming weeks, with Alliance Party leader David Ford the favourite for the job.

Out of the 105 votes cast, a total of 88 were in support of the move, with only the UUP voting against.

He said the party was seeking political advantage and added: 'I believe it is time for us all to move forward. There must be no going back to the bad old days of the past.

The UUP claimed the Executive must sort out other outstanding matters - such as the longstanding row over post-primary school transfer arrangements - before it can take on law and order functions.

Its leader Reg Empey said: 'I am immensely proud of the sacrifices my party has made for the cause of peace.

'Our determination to make Stormont work for all the people of Northern Ireland - unionists, nationalists, all of us - continues.

'Our whole-hearted support for the brave men and women of the PSNI continues unabated.'

'The UUP are on record as stating that they will not support the election of a local minister to oversee the administration of policing and justice until there is agreement to test 10 and 11-year-old children to determine which school they will attend,' he said.

'I have to say that these are the most dysfunctional political positions I have ever come across.'

He added: 'The Hillsborough Agreement provided an opportunity for a new start ... I acknowledge that this is a challenge to us all but it is one to which we all must rise.'

Taoiseach Brian Cowen said: 'This is a good day for the people of Northern Ireland and for everyone on this island. It is also a historic day.

'For the first time, we can look forward to policing and justice powers being exercised by democratic institutions on a cross-community basis in Northern Ireland.

'It sends out the strongest possible message that the democratic institutions are working and the democratic will of the people to live in peace and prosperity must and will be respected.

'This is a further vote of confidence in Northern Ireland's future and further proof that there is no going back to the days of hatred and conflict.'

'The completion of devolution, supported by all sections of the community in Northern Ireland, is the final end to decades of strife.'

US Secretary of State Hilary Clinton commended the Assembly for endorsing devolution.

Mrs Clinton said: 'I encourage all parties to work together in a spirit of cooperation and compromise as they continue the road toward a full and lasting peace.' 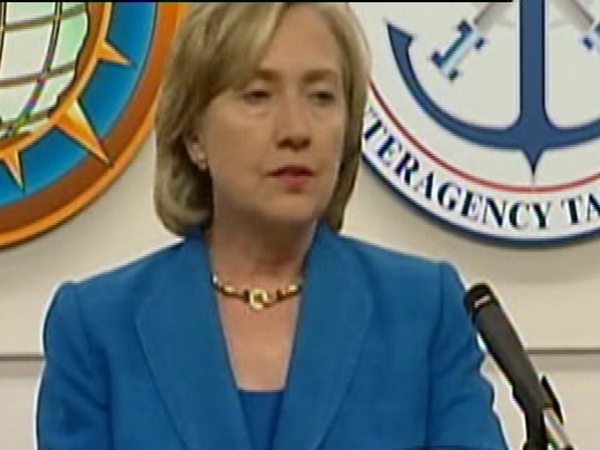