Minister for Arts, Sport and Tourism Martin Cullen has confirmed that he is to resign from the Cabinet and the Dáil as a result of a back complaint.

In a letter to the Taoiseach, Mr Cullen said that he is retiring from public life on advice from his medical consultants.

Mr Cullen said: 'I have always been a fighter and optimistic in both my personal and political life.

'However, my consultant's advice is that my condition is deteriorating further and options for treatment and recovery are narrowing.'

Mr Cullen's injury stems from a serious car accident some years ago in which he injured his neck.

He requested that his resignation be effective from a date of Brian Cowen's choosing, which will probably be at the Cabinet reshuffle in around two weeks' time.

His resignation leaves two vacancies at Cabinet to be filled in the reshuffle following Willie O'Dea's resignation as Minister for Defence last month.

Mr Cullen was first elected to the Dáil in 1987 for the Progressive Democrats, but later joined Fianna Fáil.

He was appointed to the Cabinet as Minister for the Environment in 2002, later serving in the Departments of Transport and Social and Family Affairs.

He has been Minister for Arts, Sport and Tourism for just under two years.

The Taoiseach paid tribute to Mr Cullen for his work as a Minister and for his efforts during his illness.

He noted the 'commitment and flair' that Mr Cullen brought to the Department of Arts, Sport and Tourism.

Ms Mitchell said: 'This is be a difficult time for Minister Cullen who must feel disappointed at having the misfortune to leave Cabinet due to a medical matter.

'It is always personally disheartening when health issues force retirement and I hope that the release from Ministerial duties will aid his recovery. I wish him and his family the very best for the future.'

Labour leader Eamon Gilmore said Mr Cullen's resignation from the Cabinet was expected, but expressed shock at his retirement from public life.

Mr Gilmore added: 'While we differed on many political issues and had some lively exchanges across the floor of the Dáil, I always respected him as a politician and as an individual.' 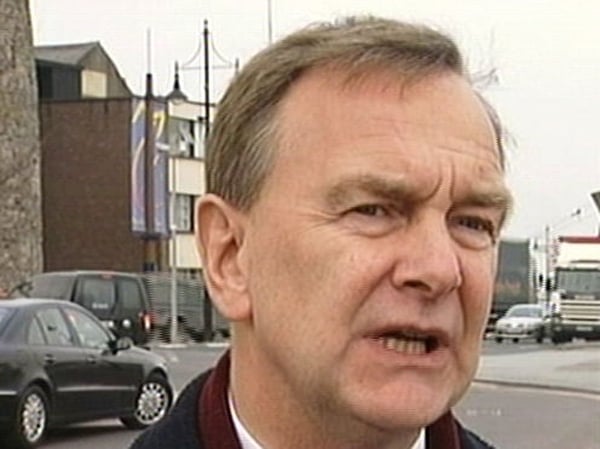 Martin Cullen hospitalised with back problems