Sinn Féin President Gerry Adams has strongly criticised the Fianna Fáil-led Government, but claimed the policies of a Fine Gael-led Government would be no different.

Speaking at the close of the Sinn Féin Ard Fheis in Dublin, Mr Adams also said that his party - in power - would introduce a 1% solidarity tax on assets worth more than a €1 million.

He also said Sinn Féin would be embarking on a series of town hall meetings to help draw up the party's new manifesto.

Earlier, delegates heard strong criticism of the Government's economic policies, including NAMA, and voted in favour of a motion calling on the Government to decommission the agency.

Members also agreed that those on social welfare and on the minimum wage need to be protected from any further cuts to their income.

He criticised what he referred to as the plundering of the Pension Reserve Fund in order to appease the insatiable appetites of our zombie banks.

Sinn Féin Vice-President Mary Lou McDonald has described the alliance of Fianna Fáil and the Greens as coalition of the 'clueless and of the confused'.

She said the administration is not so much a Government as an affliction.

There was a wide ranging debate at the Ard Fheis.

Delegates have voted in favour of a motion opposing an outright ban on hare coursing as well as opposing re-locating the Abbey Theatre to the GPO.

Delegates also voted for a motion calling for a moratorium on home repossessions for as long as the bank guarantee scheme is in place.

Members also called on the Government to introduce legislation that would write off the difference between the purchase price of a house and its current market value.

The proposed legislation would also permit customers to switch mortgages from fixed-term interest to variable rates without incurring a financial penalty. 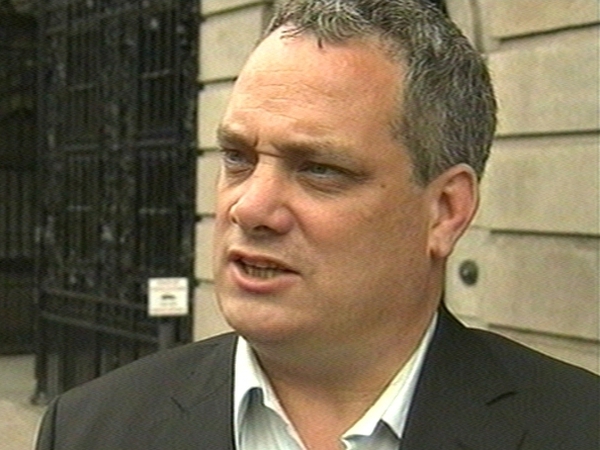