Britain's Press Complaints Commission has rejected a complaint that a newspaper article about the death of Boyzone singer Stephen Gately was inaccurate, intrusive and discriminatory.

The complaint centred on a piece in the Daily Mail last October by columnist Jan Moir.

His civil partner, Andrew Cowles, and thousands of readers had lodged the complaint about two articles by Ms Moir, published on 16 October and 23 October last year.

The PCC said it could fully understand why Mr Cowles and a record 25,000 other complainants were upset by the article but ruled that Ms Moir's comments had not breached press guidelines.

Mr Cowles said the articles headed 'Why there was nothing 'natural' about Stephen Gately's death' and 'The truth about my views on the tragic death of Stephen Gately' were inaccurate, intrusive at a time of grief, and discriminatory in breach of clauses one, five and 12 of the Editors' Code of Practice.

Ms Moir's claim that Gately had died a 'lonely' death in the living room after Mr Cowles went into the bedroom with another man was inaccurate, he said.

Mr Cowles said he was asleep on the sofa with Gately when the singer died.

The PCC ruling said Mr Cowles was also concerned that the initial article had made a number of 'pejorative references' to Gately's sexuality and appeared the day before the funeral at a time of immense grief.

Mr Cowles said the follow-up piece failed to mitigate the offence and hurt caused and represented an intrusion into grief.

The PCC said the 25,000 complaints it received about the first article was by far the largest number it had ever received on a single issue.

The Daily Mail told the PCC the article was clearly marked as the opinion of its columnist and a contrary opinion had been expressed strongly by a separate columnist, Janet Street-Porter, the following Monday.

It had published a selection of letters on the controversy and its website comment facility had been kept open for all sides to set out their views.

The record number of complaints was an internet phenomenon 'whipped up in a few hours on the social networks of Facebook and Twitter' and had to be kept in perspective, the newspaper said. 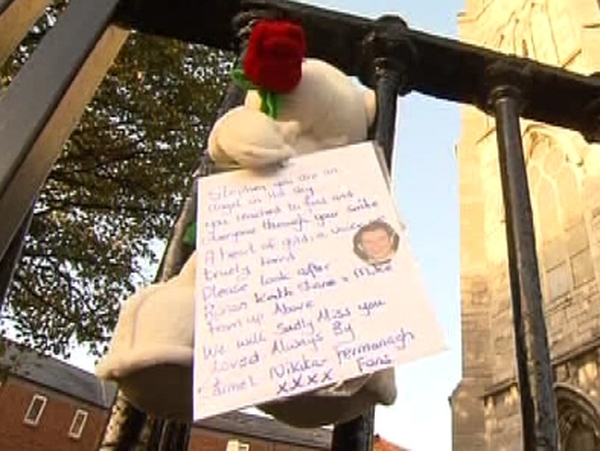