Bank of Scotland Ireland is to close its Irish Halifax operation, with the loss of 750 jobs at its 44 branches.

BoS Ireland, which has a workforce of 1,600, says most of the redundancies will take effect by July.

Although the bank is closing the retail network, 850 jobs will remain in the corporate and commercial banking sections.

However, its customer support centre in Dundalk and its intermediary business, which provides mortgages through brokers, will also close.

Speaking on RTÉ's Six One News, Mr Higgins has said the 750 jobs losses could be slightly less if there is take-up of a voluntary redundancy scheme for workers not affected by today's decision.

However, he said the majority of the job losses will be compulsory.

The bank, which is owned by the Lloyds Banking Group, said the Halifax retail business was too small to succeed in a shrinking Irish market.

The bank said existing customers' savings and investments remain secure, but it will be writing to all its customers.

The Financial Regulator said it is working with BoS Ireland 'to ensure that customers' interests are protected in accordance with the Consumer Protection Code'.

The UNITE trade union has strongly criticised the move and said that workers will 'fight tooth and nail to maintain their jobs'.

The union said the jobs could have been saved if a third banking force were set-up with a merger between Bank of Scotland Ireland, Permanent TSB, The EBS and Irish Nationwide.

Mr Higgins said that they did consider the third force but he said it was not a viable option.

UNITE Regional Officer Brian Gallagher said: 'We will not give up on these jobs, they are too important for the country as a whole for the government to allow them slide away.'

Other Lloyds Banking Group businesses in the Republic, including Halifax Insurance and Assurance in Shannon and the Scottish Widow operation in Dublin, are not affected.

Halifax branches in Northern Ireland are not affected.

A spokesman for the Irish Banking Federation said that consolidation in financial services is going on around the world and Ireland is no exception. 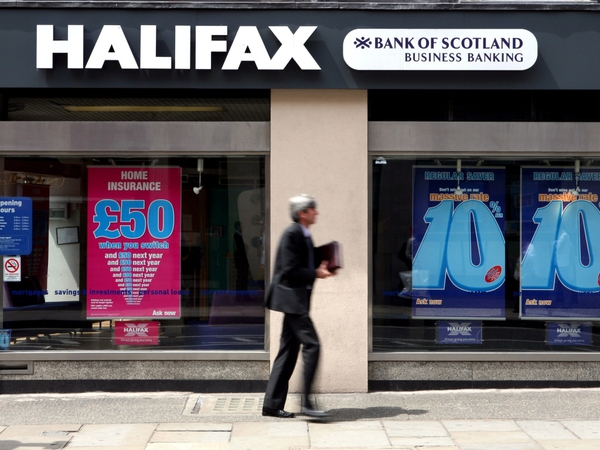