The republican paramilitary organisation, the INLA, has confirmed that it has decommissioned its weapons.

The group was responsible for some 120 murders during the Troubles, including the killing of the British politician Airey Neave in 1979.

Minister for Justice Dermot Ahern has welcomed the development, as have Sinn Féin.

Martin McMonagle - a member of the group's political wing, the Irish Republican Socialist Party - told a news conference in Belfast that conditions in Northern Ireland had changed sufficiently for the organisation to pursue its objectives through other means.

The INLA this morning confirmed that it had disposed of its illegal arsenal in recent weeks through the Independent International Commission on Decommissioning.

The organisation now maintains that it is fully committed to pursuing its objectives through peaceful means.

The British government had given all of Northern Ireland's paramilitary groups a deadline of 14 February to decommission their weapons.

Four months ago at a commemoration ceremony in Bray, Co Wicklow, it was announced that the INLA had ended what it called its armed struggle.

A number of witnesses were to provide evidence of the decommissioning - one of them is Assistant General Secretary of the Irish Congress of Trade Unions Peter Bunting.

He undertook the work with the support of ICTU General Secretary David Begg.

The INLA had a reputation for ruthlessness during the Troubles.

Last year, it murdered a man in Derry after alleging he was involved in the drugs trade.

A second republican paramilitary organisation has announced it has disposed of its weapons.

The Official IRA said it has engaged with the decommissioning body to ensure that all weapons under the control of the Official IRA or to which it had access were accounted for and transferred to General de Chastelain's commission.

It said an extensive nationwide inventory had been completed to confirm and verify that all such equipment had been located, identified and transferred to the decommissioning body.

The group called on any groups still intent on a violent agenda and who declared themselves to be protectors of the community, to listen to the voice of that community.

The Official IRA said it was time for such groups to leave the past and to catch up.

In a further development, the British Prime Minister Gordon Brown told the House of Commons that the last loyalist paramilitary organisation to hold arms, the breakaway faction of the UDA in South-East Antrim, had this afternoon 'completed their decommissioning'. 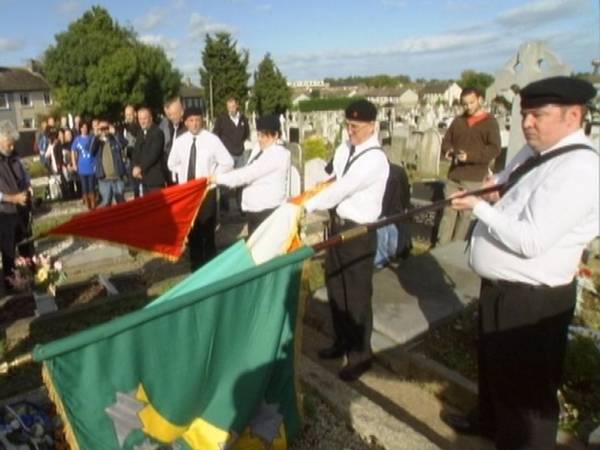