The Taoiseach Brian Cowen has congratulated Margaret Ritchie on her election as leader of Northern Ireland's Social Democratic and Labour Party.

She succeeds Mark Durkan, who resigned yesterday after leading the party for eight years.

Ms Ritchie won the leadership contest by 222 votes to 187.

Following the announcement, Ms Ritchie, who is the party's only minister in the power-sharing executive, made a bold pledge to make the SDLP the largest party in Northern Ireland.

'Together we can do this,' she vowed.

Noting that she had risen from a local councillor to party leader in three shorts years she assured members she was not satisfied yet.

'You may ask if there's no end to this woman's ambition?’ she said.

'Well there is - I want our party to rise again and I want to become First Minister.'

The Taoiseach said Ms Ritchie had the values and the leadership skills that Northern Ireland needed for the building of a better future.

'In assuming the office of SDLP leader, she follows in one of the most distinguished lines in Irish political history,' Mr Cowen said in a statement.

'I am sure she will continue that proud tradition into the future,' he added.

'I wish Margaret Ritchie well in her difficult job, and I hope that this will usher in new era of constructive and forward looking politics from the SDLP,' Mr Adams said. 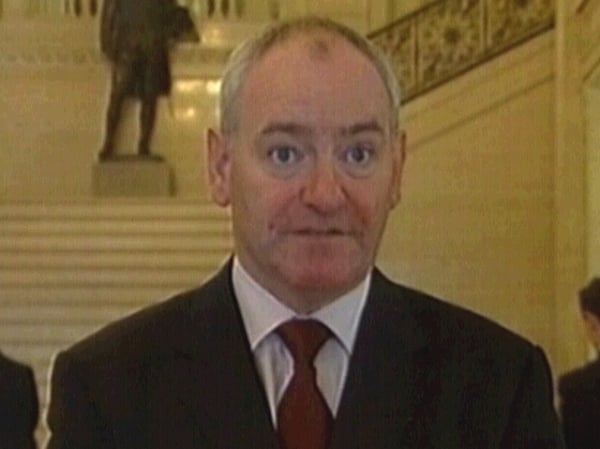 Durkan announces intention to step down